MiniNova is a compact, super-cool studio and live synth with the same sound engine as its big brother; UltraNova. It comes with 256 incredible onboard sounds that you can tweak with five knobs, or totally warp with eight ‘animate’ buttons. It has up to 18 voices with as many as five synth effects on each sound. MiniNova also has an onboard VocalTune™ effect as well as a classic vocoder so you can recreate iconic vocal sounds from hip hop, urban and electronic music. 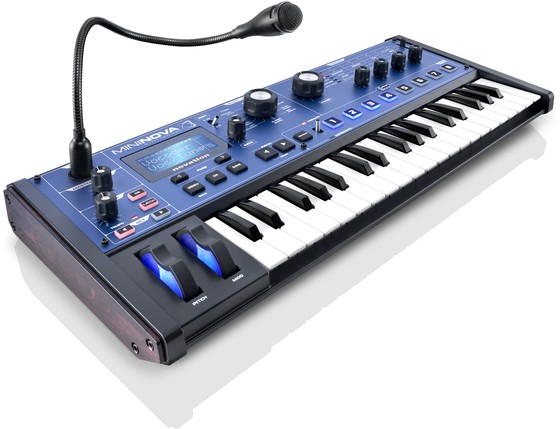 Novation’s MiniNova is the latest in the ‘nova’ range of synths dating back to the legendary Supernova series. It has the same incredibly powerful sound engine and synth effects as the Novation UltraNova.

The MiniNova is available to pre-order at selected stores, priced £299.99 GBP inc VAT.