Novation has released a beta version of StepSeq, a free Max For Live Patch that turns Novation’s Launchpad into a fully fledged melodic step sequencer.

Conceived as a cool but powerful sequencer to enable Launchpad users to programme melodies, leads and basslines quickly in Live, the buttons are configured diatonically (as opposed to chromatically, as with a traditional step sequencer). The degree of the scale and its tonal centre can be set by the user, meaning that, once set up, any note you trigger in your sequence will fit in harmonically with your track, making it really easy to keep within the context of the song. 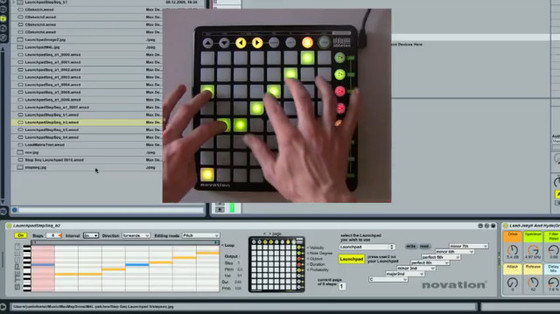 StepSeq is a MIDI effect that generates a sequence of notes, which can be used to play any instrument compatible with Ableton Live (including those from third-party developers). Once inserted, StepSeq communicates directly with Launchpad, transforming its ‘User 2’ mode into the interface for a step sequencer, so you can programme patterns quickly and simply on the fly, while retaining control over Live from the same control surface.

The StepSeq is currently a beta version. To run it you will need Ableton Live 8.1, Max For Live and a Launchpad.