Loopmasters has launched Nu Wave & Disco, a sample pack featuring a dreamy collection of stylish samples laden with soul and sparkle for discotheques around the globe. 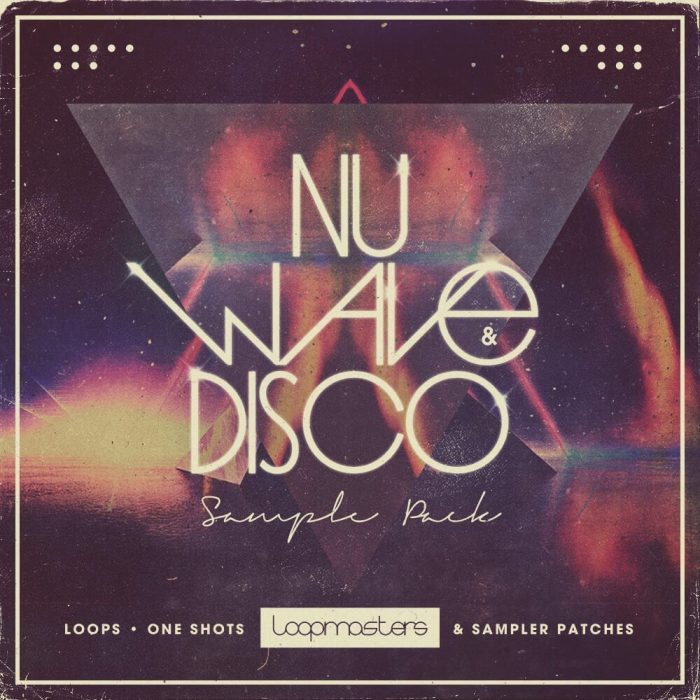 Fernando Pulichino is a producer, DJ, Musician and Songwriter who started playing music at the age of 14. He’s performed at clubs such as Fabric (London), Watergate (Berlin) and Space (Ibiza) and at festivals like Sonar, Glastonbury, The Big Chill, Exit, Bestival, SXSW and The Garden Festival. He has numerous releases on labels including Gomma, International Feel, Ftureboogie, Tsuba, 2020Vision, Late Night Tales, Leng, Redux, Under the Shade, Nang, Internasjonal, and Bearfunk – on which he released his debut album ‘Float’.

Nu Wave and Disco comes with over a gigabyte of content featuring Loops, Hits, Sampler Patches and Rex2 files to use in your dancefloor productions. Fernando has lovingly crafted and captured the feel of his live recording sessions for this collection. With over 100 Drum Loops fusing the perfect mix of Acoustic Drum kits, Percussion and Analogue Drum Machines, this collection has the beats fully locked out. The melodic section of this sample pack features 60 shimmering Synth hooks whilst the rhythm section is glued together with live funky electric Bass.

Over 250 One shot samples are included with Bass, Drums, Synths and FX – each with their own sprinkle of Fernando’s production magic. 11 Multi-Sampled instruments are included so you can play the parts as they were originally intended, with 19 MIDI Files to transpose, edit and transform your music immediately. A whopping 75 Sampler Patches and 264 Rex2 Loops are included to bring you an ever greater collection of sonic diversity!

Nu Wave and Disco come at you from 98-126BPM, making ideal for Disco, Nu Wave, Funk, House, Soul, Electro and many other funky genres.