Reason Wizardry Season One by Nucleus SoundLab is a collection of video tutorials for Reason. 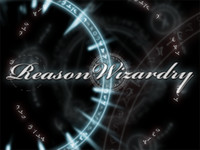 Reason Wizardry is a series of advanced video tutorials for Propellerhead Reason 4/5 and Record, produced fresh and delivered electronically each month. Now the first ten issues of Reason Wizardry have now been compiled into a single, massive DVD tutorial product – Reason Wizardry Season One.

Through Reason Wizardry Season One, you will benefit from the vast sound design experience of Nucleus SoundLab Lead Designer Jeremy Janzen. Since 2005, Jeremy has pushed the boundaries of sound design in Reason – first by implementing 100% unique Combinators in a Refill; followed by the first commercial effects Refill; and finally by introducing detailed and educational PDF documentation for each patch. In keeping with this history of innovative sound design and sharing knowledge, Reason Wizardry Season One goes even farther to walk you through Reason’s inner depths.

Reason Wizardry Season One isn’t meant to rehash the basics. It won’t show you how to create a pattern in Redrum or how to load a sample in NN-19. Instead, by assuming each user had already read the manual and has a basic knowledge – Reason Wizardry skips directly to the good stuff. Each issue is packed with info on how to get the very most out of Reason devices, how to create your own sounds that step away from the cliches, and the not-so-obvious tricks that will save you time in your productions.