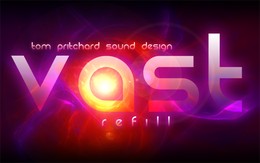 Nucleus SoundLab has announced that it has added Vast to its Christmas ReFill Bundle.

Another Reason ReFill has been added to Nucleus SoundLab’s Christmas 2012 ReFill Bundle. Tom Pritchard Sound Design Vast ($70 value) is now available for all purchasers who pay $49.99 or more!

The Christmas 2012 ReFill Bundle now encompasses 10 ReFills with a regular price of over $360 – at a Pay-What-You-Want price. Remember, the sale ends December 28th, 2012. Happy Holidays from everyone at Nucleus SoundLab and Tom Pritchard Sound Design!