NUSofting has released version 1.0 of Sinnah, a freeware synthesizer instrument for Windows and Mac. 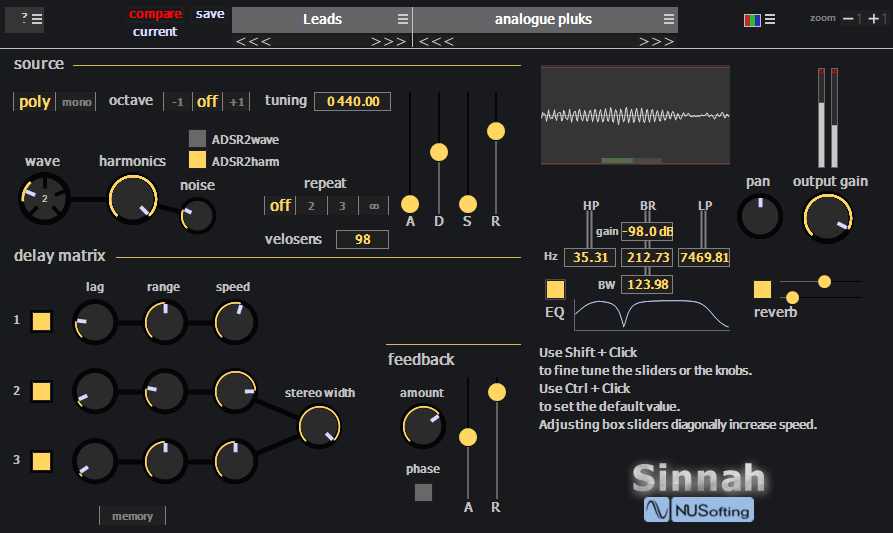 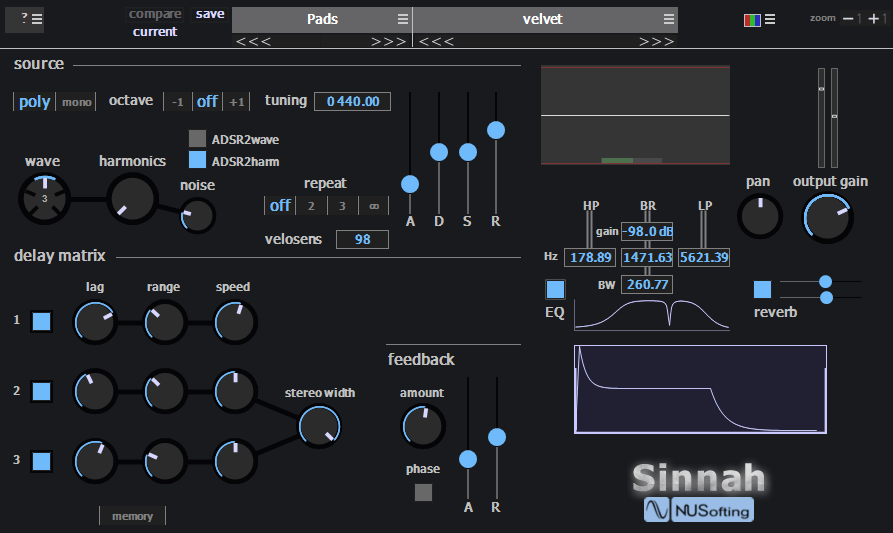 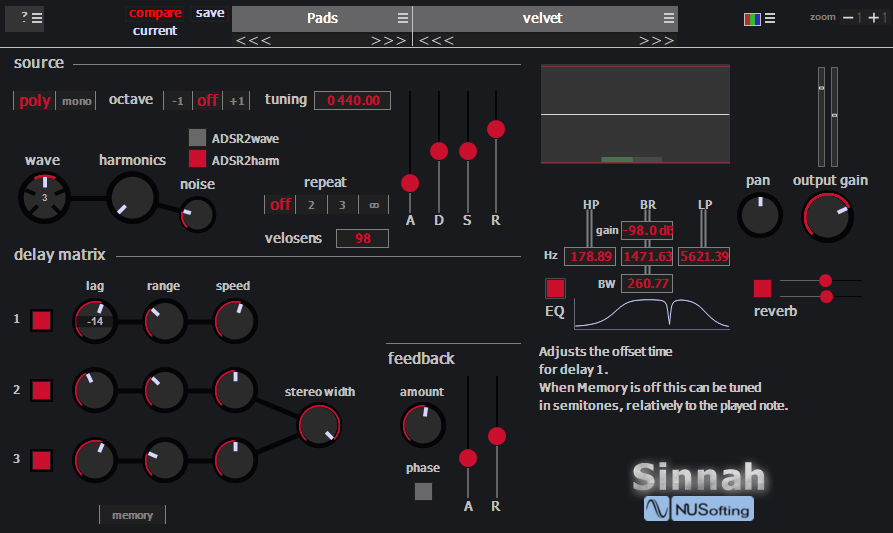 “We anticipated the release of Sinnah 1.0, which was planned for the next month, because of two annoying bugs that are now fixed. Due to the anticipation of this release there are only two new features in Sinnah 1.0 and few more presets.
Sinnah users are invited to update immediately to get rid of the old bugs”

Sinnah is a free download for Windows and Mac (VST/AU).