NUSofting has launched version 1.1 of Sinnah, a freeware virtual analog synthesizer instrument for Windows and Mac. 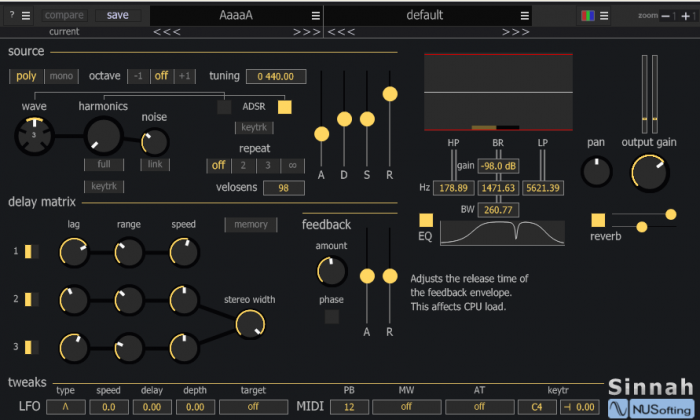 Sinnah is a synth based on a single complex oscillator that includes five waveshapes with increasing spectral complexity, harmonics level for all waveshapes, noise level, and a delay matrix. 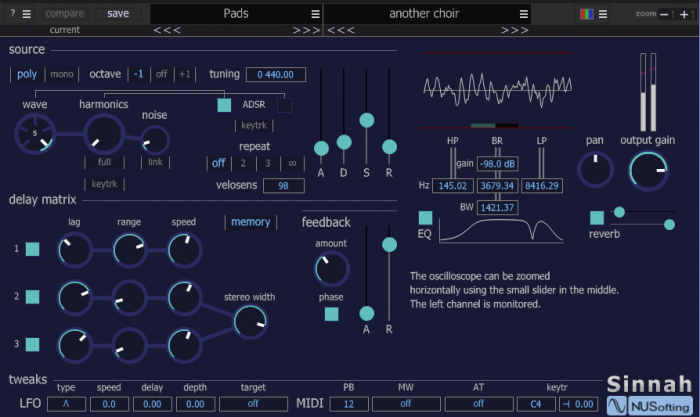 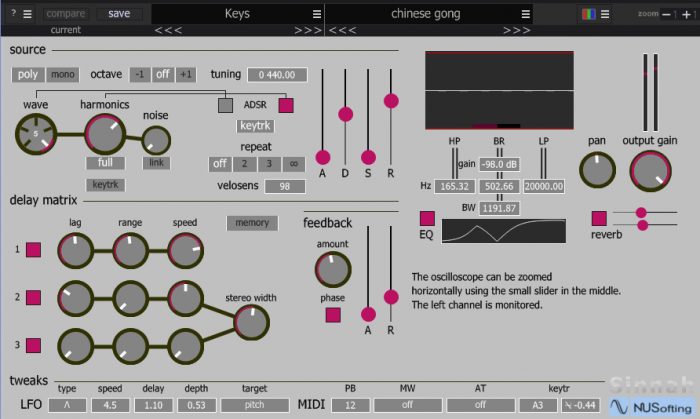