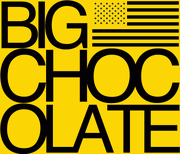 Ohm Force has announced the release of a new OhmfriendsONLY sample pack by Big Chocolate.

Big Chocolate is an american Dj, Producer, Remixer, and Death Metal vocalist. Has sung in numerous Death Metal bands, including Disfiguring The Goddess, Abominable Putridity, and Burning the Masses. More recently he has been making waves either on youtube and on the electronic music scene thanks to his solo work flirting with dubstep and drum’n’bass, put together with his hot Chocolate sauce, of course.