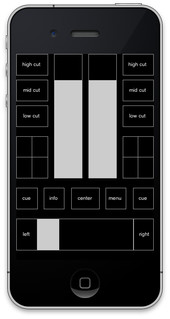 One More Muse has released Control, a new controller app for iOS that allows you to create custom interfaces.

Control enables users to create their own interfaces for controlling musical, artistic and virtual reality applications. It is built on top of Apple’s WebKit rendering engine and allows users to define their interfaces via JSON files.

Control is available as a free app for iOS 4.2 or later.