After a year in development, we’re pleased to announce the release of the new Evolution guitar engine. We completely redesigned the interface and the scripting to greatly increase the playability and ease-of-use of the library. We’ve applied the updated engine to the Strawberry electric guitar sample library, and will soon release the Steel Strings acoustic guitar library as well. Future guitars in the Evolution series will also use the new engine. 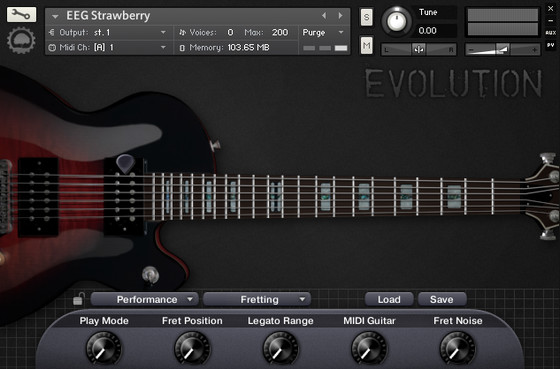 The sample library for Kontakt 4/5 (requires full retail version) is available to purchase for the (re-)introductory price of $139 USD until until May 31st, 2012 (regular price $179 USD).