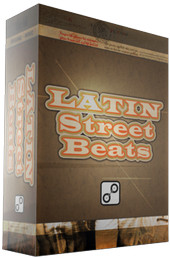 Original-Music has announced the release of Latin Street Beats, a collection of drum loops.

‘Latin Street Beats’ is the latest addition to our range of affordable drum loops. Programed from our velocity drum kits these drum samples loop seamlessly in any sampler.

This collection of latin inspired drum samples has been played on the drum kit. Drum beats were influenced by styles of beats such as mozambique, latin, songo, mambo, cascara 2:3 & 3:2 clave patterns.

Latin Street Beats is available to purchase for £9.95 GBP.