Time+Space has announced the release of Overloud Echoson, a new title in the Gems line of high-end plugins dedicated to mixing and mastering. 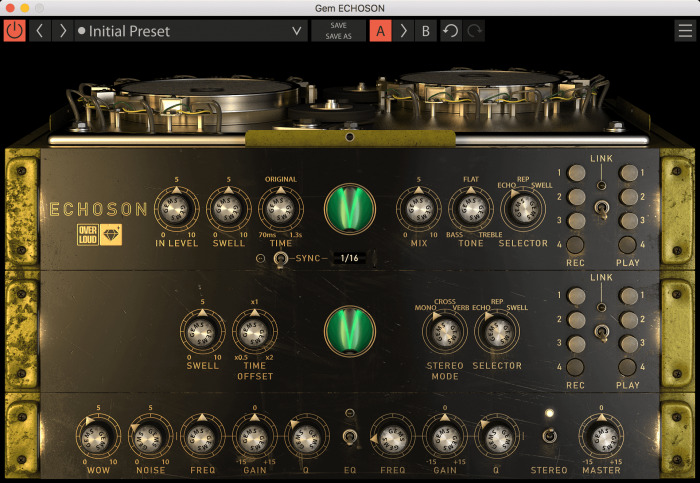 ECHOSON, the revolutionary simulation of a legendary Drum Delay, originally manufactured by the Italian company Binson. ECHOSON goes beyond the mere simulation of the original unit, by adding features not available in the hardware. One of the main addition is the option to double the processor panel to have it working on a stereo pair of audio channels with cross-feedbacks between the channels.

The original units have been manufactured in the ’60s and ’70s by an Italian company. They are currently in high demand thanks to their unique tone which adds a touch of personality to modern recordings.