Overloud has announced the release of EQ84, an audio effect plugin that simulates one of the most desired EQ modules in the history of recording and mixing. 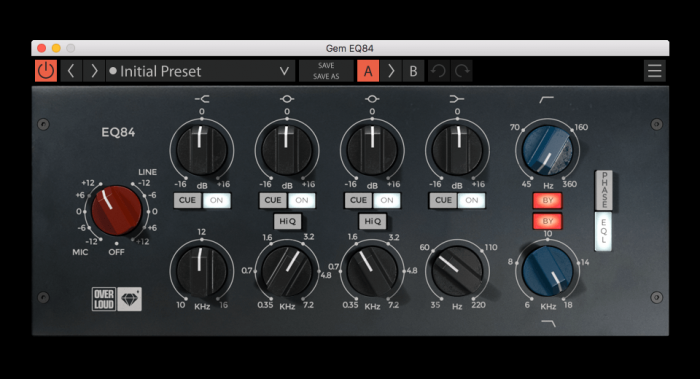 Overloud EQ84 is the simulation of one of the most renowned Discrete Class A British EQ, used in countless hits since the ‘70s to nowadays. All the components of the original circuit have been modeled, including the rich harmonics and saturations that naturally occur when the equalizer is operating.

EQ84 is the fourth product of a new high-end Overloud plugin line, called Gems, dedicated to mixing and mastering.

EQ84 is the ultimate tool for professional engineers who mix with no compromises.

EQ84 extends the features of the original hardware and joins the flexibility of the digital world to the character of the analog processing.

Save 30% off at Function Loops + Free Vocals sample pack