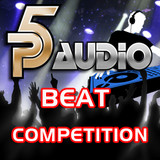 P5Audio has announced a new Beat Competition for music producers.

Last week P5audio launched it’s second Beat Competition! This one is an RnB Challange. Using ONLY the FREE sounds provided by us, music producers are invited to make a RnB Banga!

The entry deadline is February 14th and the winners will be announced on March 9th.