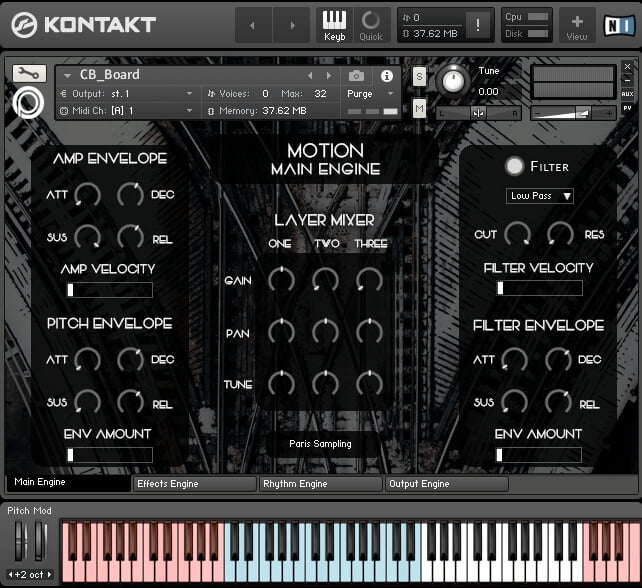 The library is created from acoustic material recorded by composer and producer Olajide Paris. It is designed to give composers instantly inspiring rhythmic soundscapes that will immediately add drive and impact to cinematic compositions.

Motion consists of more than 1000 organic rhythms created from electric violin, contrabass, and electric bass, put through extensive sound design processes. All rhythms are tempo-synced and freely transposable to any key via keyswitches. Many grooves come in major, minor, and power chord variants. Though sourced from those three instruments, the sounds have been suitably mangled and stomped on, resulting in audio elements akin to anything from broken muscle car engines, to rhythmic chalkboard scrapings and the sonic pounding of ion propulsion systems sending alien vessels hurtling through space. The results of this sound design are truly inspiring, and make both perfect starting points and final finishes to scores and soundscapes alike.

The library is built in a modified version of the open-source Photosynthesis engine for Kontakt which features extensive effects, modulation, and rhythmic control for nearly infinite possibilities.

Motion Cinematic Grooves is on sale for the intro price of $49 USD for a limited time only (regular $69 USD). 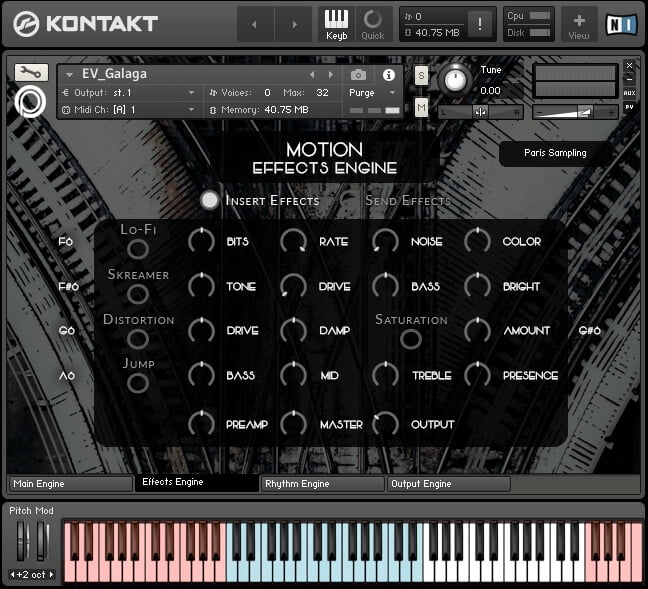 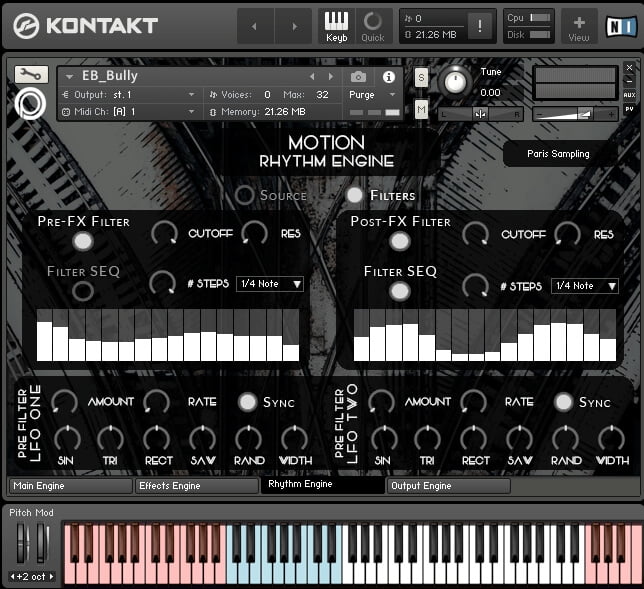 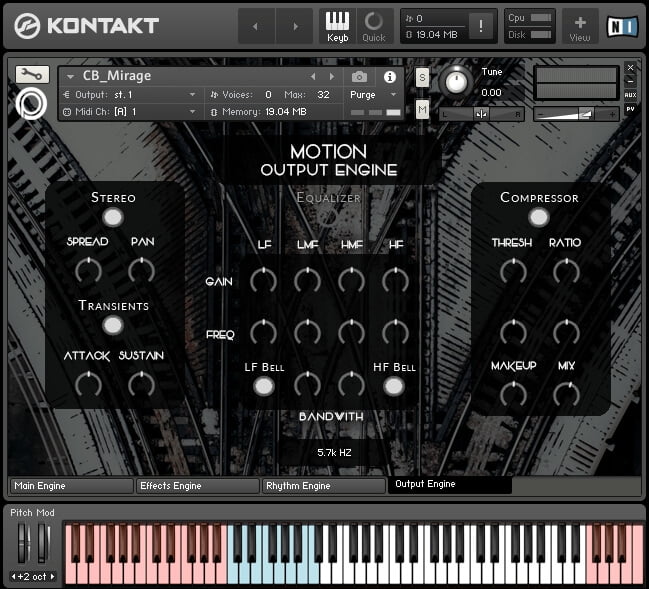