Particle Sound has announced the release of Forks, a unique new Kontakt instrument that uses a deeply programmable interface to combine both acoustic and synthetic elements to create sublime new sounds for composers and sound designers. 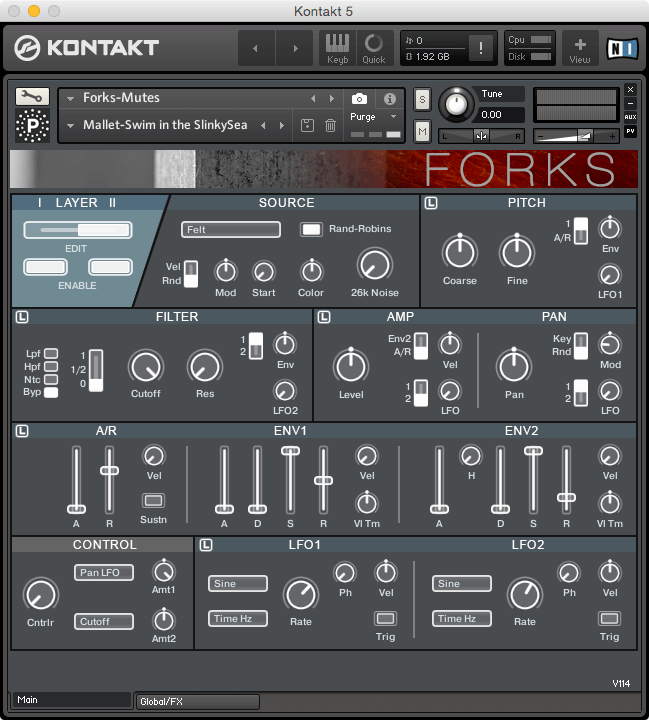 At it’s heart Forks is based on an extensively sampled collection of scientific tuning forks that have been used and abused and played in unique and creative ways, all captured in pristine 96kHz clarity. These were then heavily processed and twisted to produce companion sounds that can be layered and added to the acoustic elements along with raw waveform samples from an Arp 2600 synthesizer. This makes it possible to create anything from detailed electric pianos and vibraphone like tuned percussion to immersive 3D soundscapes and pads. The included presets take advantage of this diversity and showcase the breadth of sounds that are possible, from the beatific to the horrific, and all easily tweakable from the logically laid out front panel.

Forks features a dual layer interface with individually linkable sections that is an evolution of Particle Sound’s original Carbon interface and affords considerable sound mangling power in an intuitive and straight forward way. Each of Forks 2 layers features dual sound sources, one of which is selectable from a drop down menu, sample start point modulation, state selectable filter, 3 envelopes, 2 LFO’s with available tempo sync and a dedicated controller section.

There is also a dedicated Global and FX page that features 4 freely assignable insert slots along with master delay and convolution reverb. Each of the insert slots lets you select between one of 18 different effects including Eq, dynamics, distortion, reverb, delay and modulation FX, while the convolution reverb features 51 custom impulse responses hand crafted to compliment the included sounds. In addition to more traditional reverbs these include some pretty out there special effects like granular delays and artificial environments created by attaching contact mic’s to an abused metal spring. 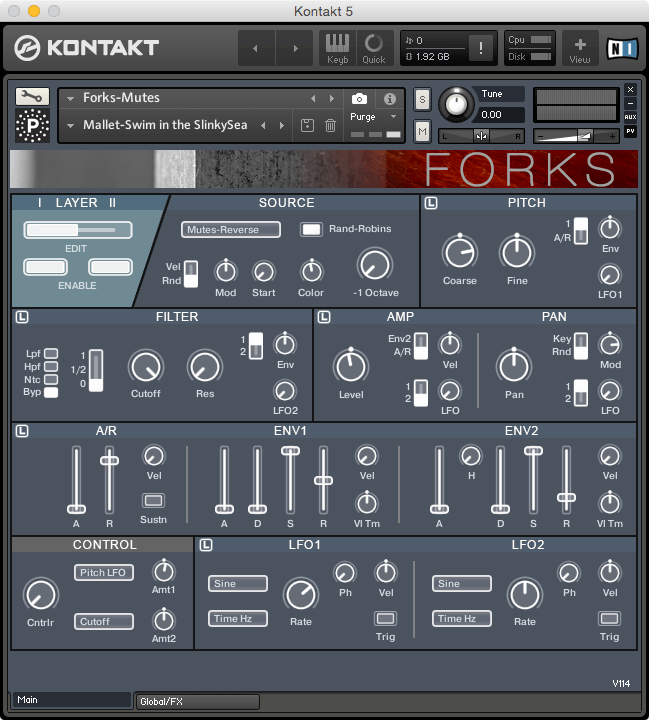 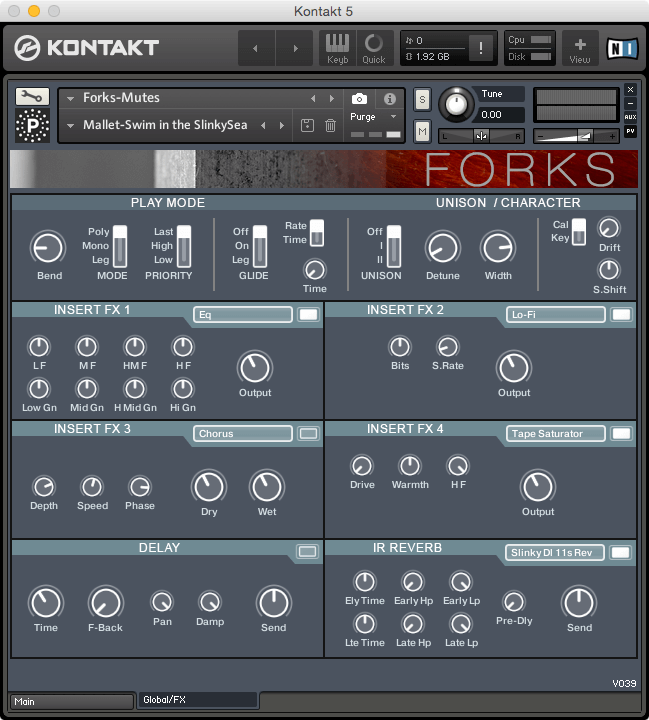 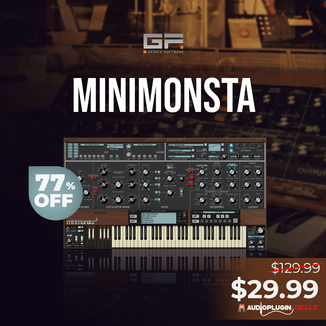