It can be used as a synthesizer or an audio effect. It can also seamlessly morph between different sound processing methods, so you can take the plugin gradually from being a synthesizer to an audio effect for live input. This self-modifying morph behavior might give you an idea of exactly how different this plugin is.

Its synthesis and processing engine is extremely versatile. In fact Hadron is such a complete implementation of granular synthesis we’ve renamed the technique to particle synthesis. Once you come to terms with the operating concepts of Hadron, vast new territories of sound transformation opens up.

Hadron is available as a free download (open source) for Windows and Mac, currently in Max For Live format, and as a Csound orchestra. A VST version can be expected during 2011. 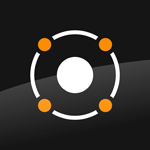 This expansion pack contains a number of hadron state and preset files. The focus of this pack is on using Hadron as an effects processor for live audio input, expanding the number of effects available.

The states in the expansion may easily be combined with previously installed Hadron states. Even though the states have been specifically designed for use as audio effects, the user is encouraged to experiment combining them with states designed for other purposes (e.g. synth states), as this kind of combinatorial abuse may reveal unexpected and unheard sounds.

The Time Dilation Effects expansion pack is available to purchase for 29 EUR.