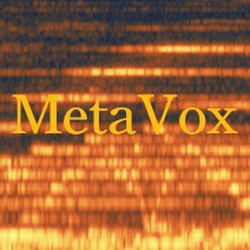 Patchpool has announced MetaVox, a sample library for the Alchemy sample manipulation instrument by Camel Audio.

MetaVox for Alchemy focusses on the exceptional overtone singing of Gareth Lubbe, a true master of his craft who recently became the first professor for overtone singing in Germany. As Gareth is actually a professional orchestral viola player this library also contains several patches with viola sounds, the viola being a string instrument with a great resemblance to the human voice. During the recording session we also recorded duets of Gareth singing and playing the viola at the same time, these sample will make for some more beautiful and wondrous Alchemy sounds.

There will also be several patches with female vocals using samples which were recorded during a recent session with Frauke Albert, a renown german vocalist (soprano), working mainly in the field of contemprary music.

As an additional string instrument I will also use some recently recorded violin samples, another instrument which has a very voice-like character and blends beautifully with the vocals sounds in this library.

Besides using the original vocal and string samples (and resynthed derivatives thereof) for making the Alchemy patches, I am fascinated in the microcosmic interior of harmonics, so I am producing quite a few electronic derivatives of the samples, created by e.g. detaching the harmonics from the root note, then deleting the root note only leaving the harmonics which are then furtherly processed, timestretched, spectralized, tuned to a tempered scale and more.