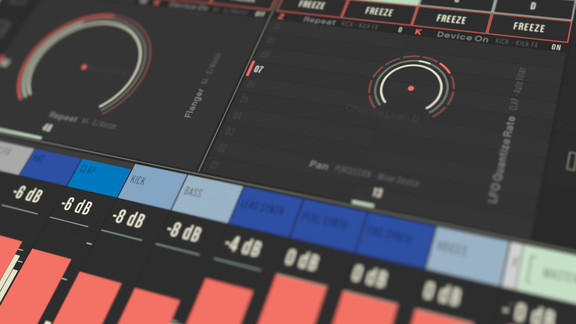 After its successful transition to a freemium model last June, Conductr takes a step further and launches a long awaited feature: the XY-4D pad.

Many Conductr users have been asking for an XY pad for months. But the Conductr developers didn’t want to release a XY just like any other. So they took their time to create the Conductr XY-4D pad.

A Conductr XY-4D pad can be created just like a User Module, and can contain 4 fx units. Each unit allows you to control up to 4 parameters: one horizontally (X), one vertically (Y), one by pinching (Z) and one on/off parameter when tapping (K). So you can control up to 16 parameters in a single module, and even have up to 64 parameters at your fingertips in the Playground with the 4 user modules view mode.

Last but not least: each XY-4D unit has a reset and a freeze mode. You can go as crazy as you want and never get lost.

From now on, the Conductr free basic version will include one XY-4D fx unit. Users can purchase the Premium User Modules to get unlimited User Modules featuring a complete XY-4D pad on each module.