Paul Vo has launched a Kickstarter project for The Wond, a hand-held stylus that excites, sustains and controls vibration of your guitar strings or any steel-stringed instrument. 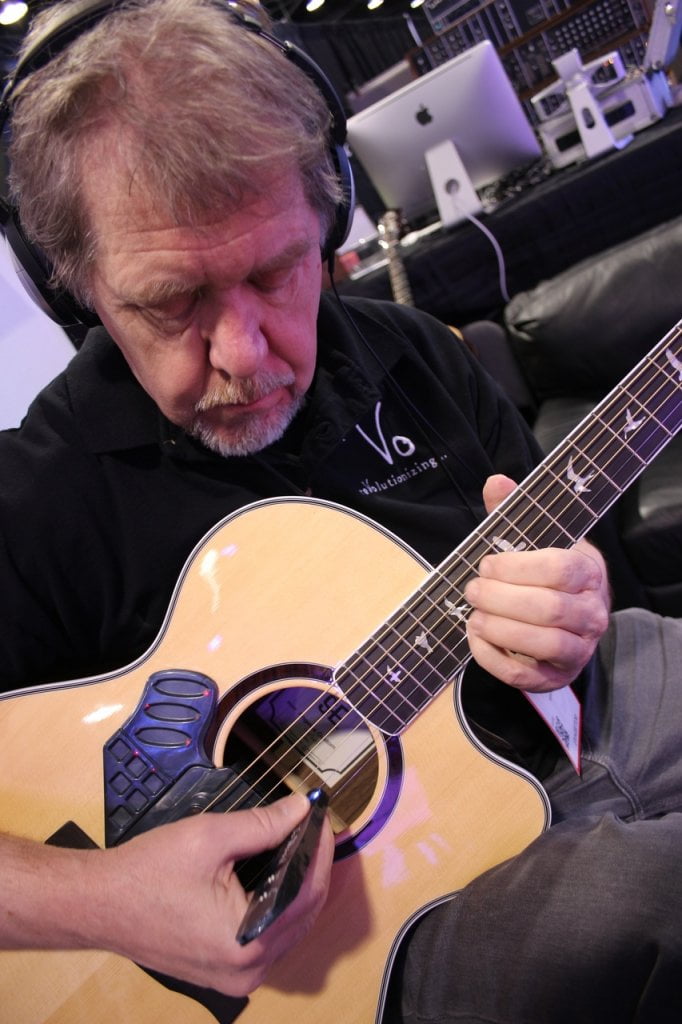 Seven years ago, inventor Paul Vo introduced the world to the Moog Guitar, unleashing a wave of otherworldly, yet infinitely organic sounds that inspired a creative renaissance among guitarists. The Vo-96 followed, marking a new generation of Vo’s revolutionary Acoustic Synthesis.

Now, Paul Vo announces the birth of Paul Vo Designs. The company that bears his name has been founded as the platform for Vo’s next generation of creative technologies, beginning with the debut of the Wond.

First previewed as a concept piece during NAMM 2015, the Wond is a small, handheld device that excites, sustains, and controls the strings of any steel-stringed instrument to deliver infinite sustain and harmonics like nothing you’ve ever heard. With tactile feedback and unprecedented power, the Wond is a versatile tool that unlocks harmonic content in every string, in every position.

The Wond is completely cordless, with its own custom rechargeable battery. Compatible with any steel stringed instrument, the Wond will breathe new life into acoustic and electric guitars, harps, dulcimers, and even pianos.

“Even before I introduced the Vo-96, I knew I wanted to create the Wond,” explains Vo. “I wanted to make something that could work on any instrument, that could unlock the rich harmonic content in even an ordinary guitar’s strings. The Wond is intuitive, portable, and affordable.”

The Wond is being introduced via a KickStarter campaign that begins on Wednesday, May 6, 2015. Early supporters will receive units from the very first production run of the Wond, signed by Paul Vo.

“Our KickStarter campaign launching the Vo-96 last year exceeded even our most optimistic expectations,” remarked Paul Vo Designs co-founder Michael Koehler. “With the Wond, we are introducing a compact, affordable tool that puts infinite sustain and harmonic control into the hands of every guitarist.”

The Wond is now available for order exclusively through Paul Vo’s Kickstarter page.