Percussa has released a new version of IMPROVISOR, the generative MIDI Sequencer for AudioCubes, now part of the updated MIDIBridge 3.1, as a separate mode in MIDIBridge. 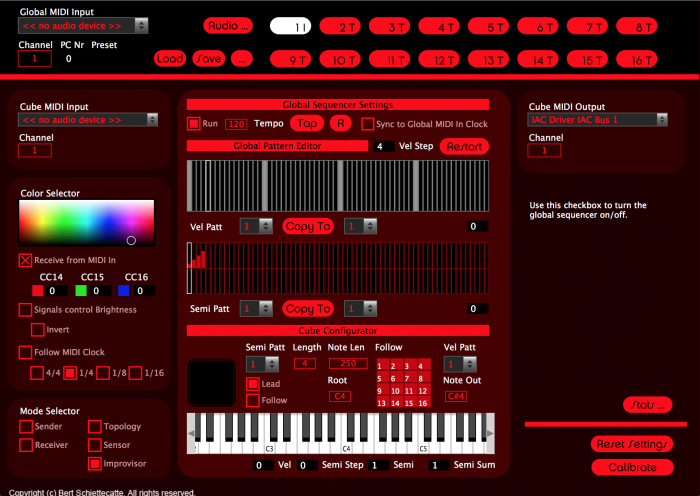 After releasing IMPROVISOR in 2011, Percussa received lots of feature requests from AudioCubes users, such as MIDI clock sync and support up to 16 cubes.

Because of IMPROVISOR’s success, Percussa decided to redesign the original standalone IMPROVISOR application built in Max/MSP, and rebuild the application in C++ from scratch, at the same time integrating it into the MIDIBridge code base. Due to this transition, the speed and performance of IMPROVISOR is much improved.

IMPROVISOR lets AudioCubes users program velocity and semitone patterns, which can then be used by looping step sequencers to generate notes relative to a root note.

Whereas many other generative sequencers are generating totally random results which are hard to use in practice, IMPROVISOR makes generative composition easier by letting the user start with their own step sequences, and then using these to generatively compose new ones as the user interacts with the AudioCubes in real time!