Venomode has released an update to the Phrasebox phrase arpeggiator plugin.

Version 1.2 of the tool that lets you craft expressive sequences from MIDI chords adds new features and enhancements, including a new theme, new playback modes and a host of usability tweaks. 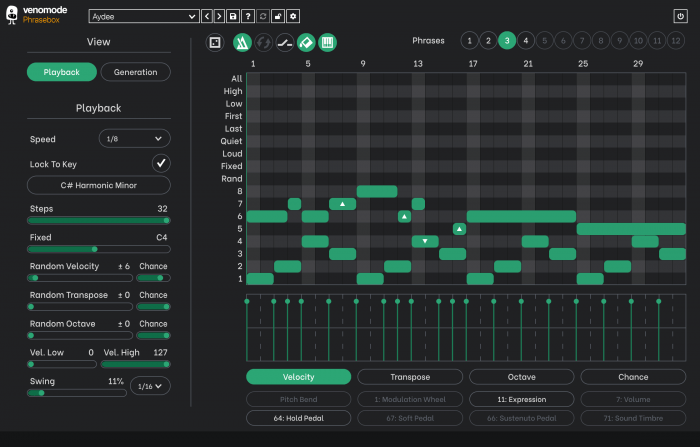 Turn simple chord sequences into expressive melody lines and musical phrases. Simply design your phrase in the piano roll, and Phrasebox will play back the pattern using whatever notes you input.

You have complete control over how the phrase is played. Select notes in pitch order, or use the special selectors – such as the loudest/quietest or first-played/last-played. Your phrase will be played back with sample-accurate timing.

Available for Windows, Mac and Linux, with support for VST, AU and AAX formats, Phrasebox is on sale at Plugin Boutique for $29 USD until the end of February. It is normally $59 USD.

The update is free to existing users of Phrasebox.