Plogue has released updates for chipspeech, chipsounds, chipcrusher and sforzando.

chipspeech is a vintage-style speech synthesizer which recreates the sound of famous 80′s voice synthesis chips. It features 7 different voices, each with its own characteristic timbre. It is specially tailored for musical needs – simply type in your lyrics, and then play on your MIDI keyboard. It’s a true synthesizer, the sound can be extensively modified for easy and expressive performances.

chipspeech is available for purchase for $95 USD. 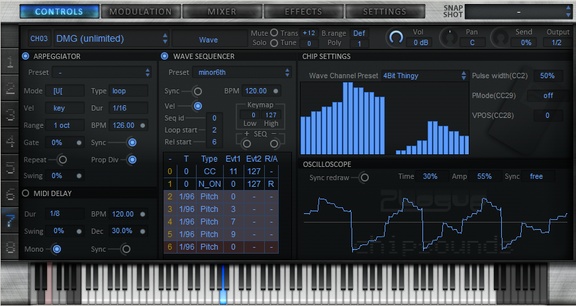 Plogue chipsounds authentically emulates 15 vintage 8-bit era sound chips (on top of their variants), down to their smallest idiosyncrasies.

chipsounds is available for purchase for $95 USD.

chipcrusher is an vintage DAC emulator, a speaker simulator and noise machine. It’s an audio effect which plays back input audio through a simulation of early lofi digital audio codecs (DAC Encoding), adds grit (Background Noise), and outputs through a selection of speaker and filter impulse responses (Post-Processing).

chipcrusher is available for purchase for $39 USD. 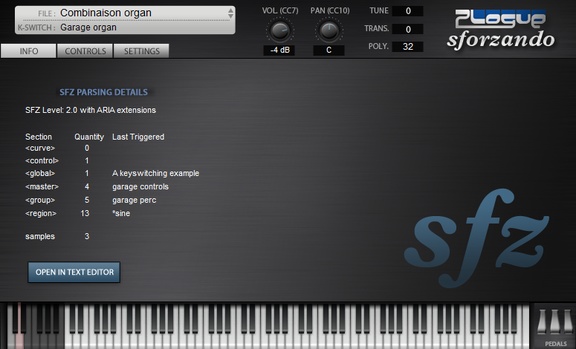 sforzando is a free, highly SFZ 2.0 compliant sample player. Advanced sample hobbyists now have a powerful tool to experiment and share instruments without relying on proprietary formats. sforzando has only one instrument slot; no fancy UI, effects or mixers. Every tweak has to be done at the SFZ file level, no cheating!