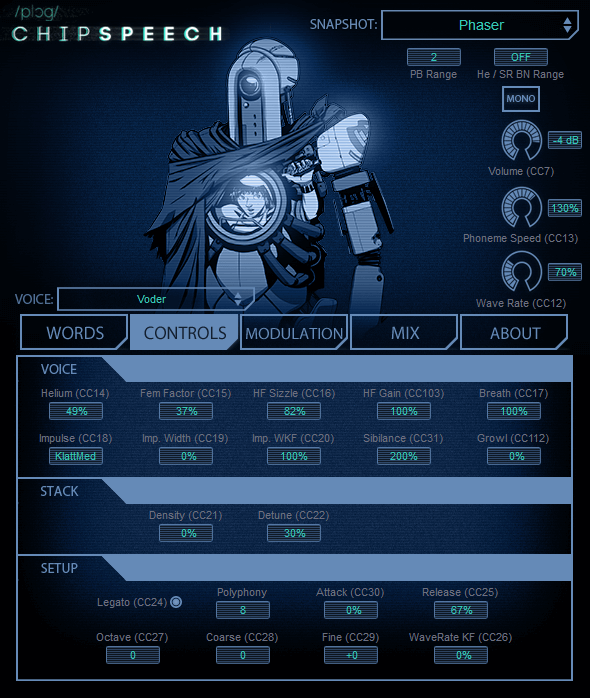 It features 11 different voices, each with its own characteristic timbre. It is specially tailored for musical needs – simply type in your lyrics, and then play on your MIDI keyboard. It’s a true synthesizer, the sound can be extensively modified for easy and expressive performances. chipspeech also features a circuit bending emulation, letting you not only recreate the insane and chaotic sound of a circuit bent TI speaking device, but also use it in a controlled, musical way.

Version 1.7 of chipspeech features a new emulation of the Voder by Homer Dudley, the first device that could generate continuous human speech electronically.

The update is free for current users.

New customers can purchase chipspeech at a 50% discount for a limited time only. Chipspeech runs as a standalone applications and as VST, AU, RTAS and AAX plugin formats for Windows and Mac.

BeatSkillz plugins & bundles 30% OFF for a limited time