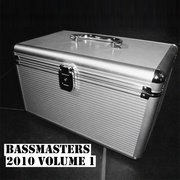 Plughugger has released Bassmasters 2010, a collection of 128 bass sounds for Kontakt, EXS24, Reason and Structure.

BASSMASTERS 2010 is a sample library with the focus on synthetic bass sounds.

Bassmasters 2010 is a compilation of the best bass sounds we created during the first year of Plughugger.It’s the best of the best. First went through all of the hundreds of sounds we’ve created and selected the ones that made our hair stand on end. Then we boiled it down even further until only 128 bass sounds were left. Then we sampled them into all the major sampler formats.

The Bassmasters 2010 is split up into two volumes of 64 sounds:

The Bassmasters 2010 libraries are available to purchase for 5.90 EUR each.