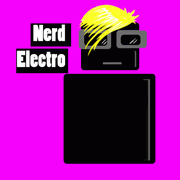 Plughugger has announced the release of Nerd Electro, a new loop and sample library in Kontakt 3, SFZ, Reason and WAV formats.

Before house, acid, techno and trance – there was a magical world often referred as ‘the 80s’. In the eighties the unicorns roamed free on the streets and people had hairstyles that defied style, sense and gravity. Before house – and particularly the nasty acid house – came and destroyed everything, and made everybody so incredibly hip, life was cute, poppy and quite naive.

Nerd Electro is the Plughugger take on the eighties, when synthesizers were expensive as hell, weighted a ton, were impossible to program, and sounded just slightly better than the keyboards for Very Small Children.

Nerd Electro is available to purchase for €9.90 EUR.