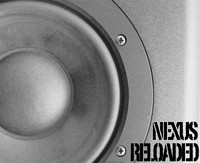 Plughugger has released Nexus Reloaded, a new sound expansion for the Nexus 2 synthesizer by ReFX.

Nexus Reloaded is a collection of over 400 new presets for the Nexus 2 software synthesizer that are constructed with the built-in waveforms included with Nexus 2.

The purpose of Nexus Reloaded was to see how far you can push Nexus 2 with only the parameters available for normal users. Without using additional samples or access to all the hidden parameters, you can actually take Nexus 2 quite far in terms of sound design.

Nexus Reloaded is available to purchase for 9.90 EUR.