Plugin Alliance has welcomed Fuchs with the release of two guitar amp plugins in native formats. Developed by Brainworx and officially endorsed by Fuchs Audio, these plugins expertly capture all of the nuances and tube-powered tone shaping of these legendary amplifiers.

The Fuchs Overdrive Supreme 50 stands out at everything it does. From crystal clear and highly detailed clean sounds to its harmonically complex and eloquent overdrive, this amp will hold its sonic integrity at any volume level. 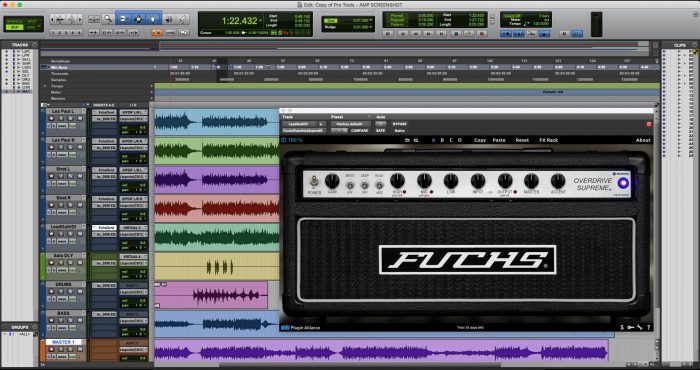 Developed by Brainworx and officially endorsed by Fuchs Audio Technology, the Fuchs Overdrive Supreme 50 Amplifier plugin captures all of the nuance and tube-powered tone shaping of this legendary amplifier.

The clean channel has a “brite” and a “deep” switch, as well as a “rock/jazz” switch, which changes the way the tone controls operate. Rock is a more aggressive and punchier, bright tone, while jazz is lean and audiophile-like, being more balanced and smoother. The clean channel also acts as a preamp to the overdrive channel.

The Fuchs Train II is widely known for its harmonically rich, clean and crunch tones, as well as its aggressive rock and roll character. 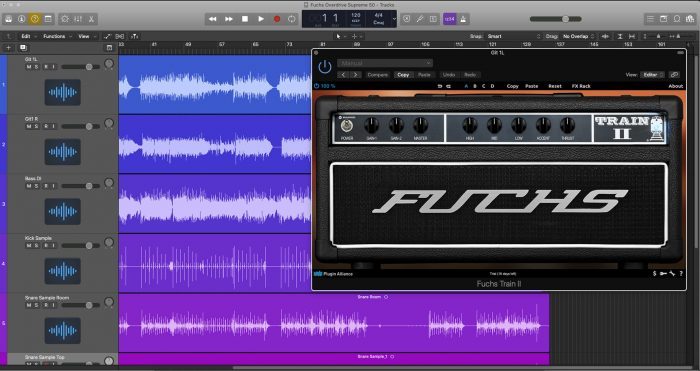 The Train II plugin by Brainworx captures all that bold and prepossessing sound from this rock and roll masterpiece.

Officially endorsed by Fuchs Audio Technology, the Fuchs Train II plugin perfectly emulates the tonal complexity of this powerful amplifier. If you are looking to attain the famous interpretation of the respected Trainwreck sound, the Train II plugin will definitely perform.