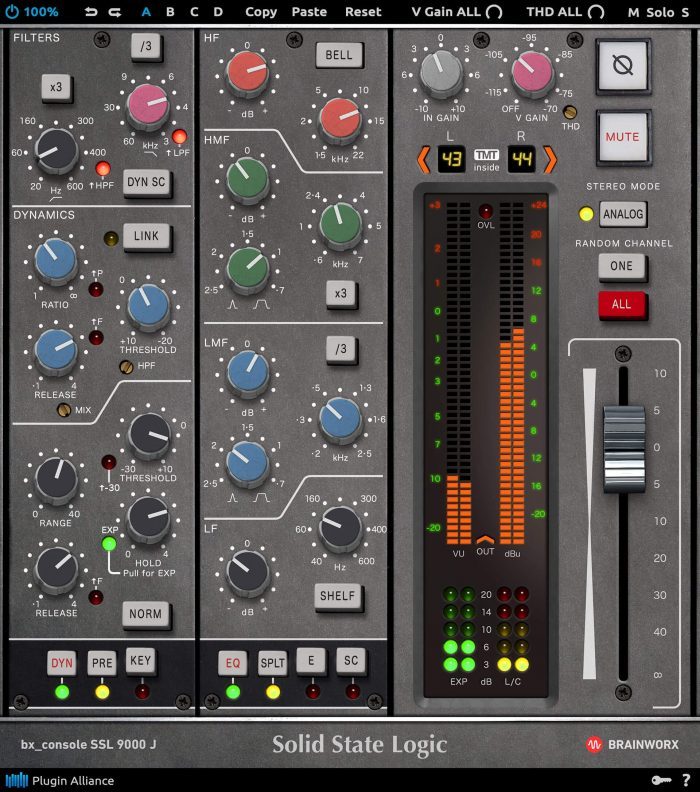 With the power of TMT, this officially-authorized bx_console SSL 9000 J plugin allows you to build a 72-channel analog SSL console inside your DAW. Use it to harness the power of the most famous British console ever produced for your mixes.

The SSL 9000 J improved on its predecessors by offering extended bottom end, a more clean and open top end, and additional distortion-free headroom—quickly making it a favorite among the top producers and engineers who crafted some of the biggest pop, hip hop, R&B and orchestral recordings of the 1990s, 2000s and beyond.

The Brainworx bx_console SSL 9000 J was created using the original schematics, and in close collaboration with the SSL team. Additional refinement of the emulation came thanks to legendary mixer Michael Brauer, who helped Brainworx match the plugin’s sound and behavior to the SL 9000 J he personally used on countless gold- and platinum-selling records throughout his career.

The plugin is on sale for the intro price of $299.99 USD for a limited time (regular $349 USD). It is included in the MEGA Bundle Subscription and the Brainworx Brand Bundle at no extra cost.