Plugin Alliance has announced the release of Brainworx bx_console, a faithful emulation of the rare and coveted Neve VXS console. 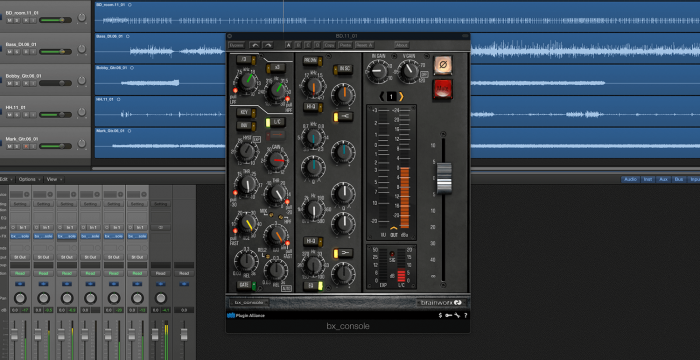 The specific Neve VXS console emulated has an amazing history involving some truly remarkable projects — recording orchestras for films during its time at Skywalker Ranch in Marin County California, making hit records during its time in Sweden in an ex-Abba member owned studio, and now, serving as the centerpiece of the Brainworx studio, where it has been used in the development of many of the company’s most popular plugins.

The Neve VXS was something of a bridge between vintage Neve consoles, like the 80 and VR series, and the modern 88RS. Loaded with features like a comprehensive EQ and dynamics section, it still delivers that classic Neve punch and vibe.

The bx_console plugin captures both the features and the tone of this amazing mixer.