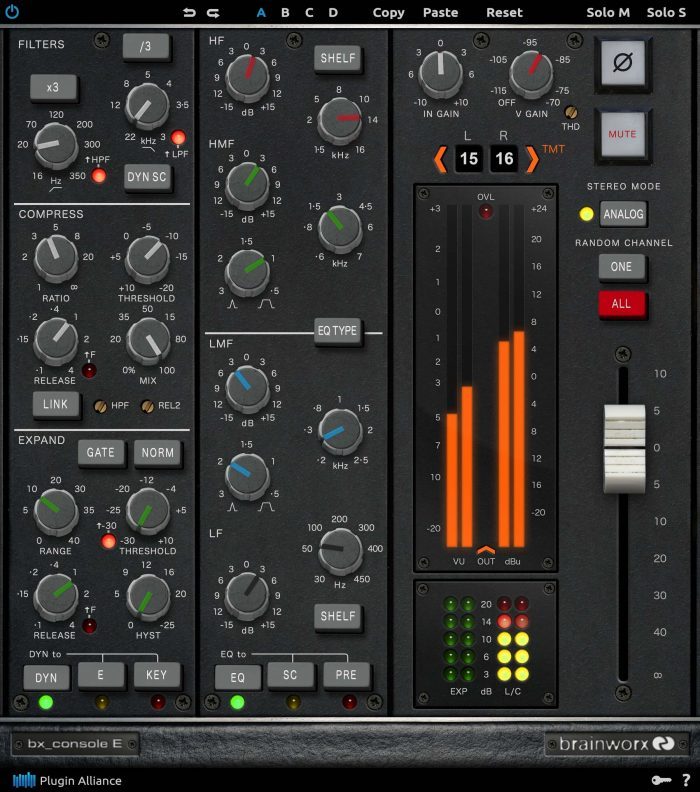 But there’s more. Brainworx’s owner — accomplished producer/engineer Dirk Ulrich — and his award-winning development team turbocharged the classic hit-making console with a boatload of powerful mods and new features, including some from the later-released G Series British console. Rather than simply model an EQ and compressor, Dirk and the Brainworx team created the sound, feel and workflow of an ideal hybrid large-format console, incorporating all the missing features he’s longed for when working on traditional British consoles.

You can now have that ideal multichannel console in your laptop.