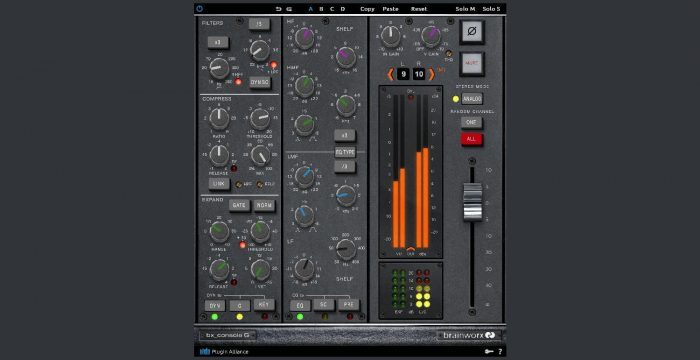 Using patent-pending Tolerance Modeling Technology, this plugin recreates the natural channel-to-channel variation of components found in analog hardware, which imparts the sonic depth that engineers have come to love.

The bx_console G plugin for Windows and Mac (VST/VST3/AU/AAX) is on sale for the intro price of $179 USD . Regular price is $299 USD. A fully-function 14-day demo version is available.

Owners of the original bx_console who buy either the G or E series console plugins during the month of September will get a free upgrade to bx_console N when it is released ($29 USD MSRP upgrade).