Plugin Boutique is celebrating its fifth anniversary with some special promotions, offering up to 80% off on plugins from AIR Music Technology, Sonivox, and Ohm Force. 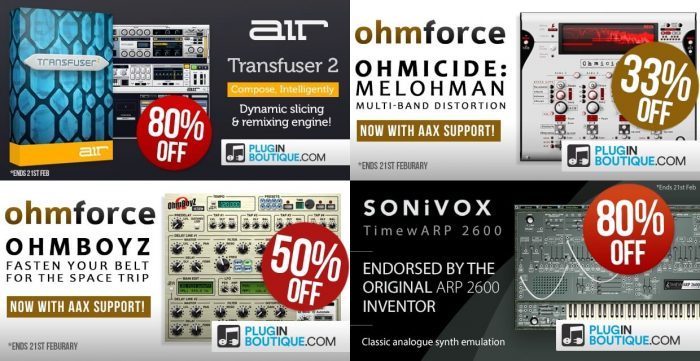 We have turned five today! From everyone here at Plugin Boutique, we would like to thank you all for your support over the years; it’s been an exciting journey!

The sales end February 22nd, 2017. Double Rewards+ tokens are awarded with a purchase during the sale.