Plugin Boutique has launched a sale on Circle2, offering 26% off the synthesizer instrument by Future Audio Workshop. 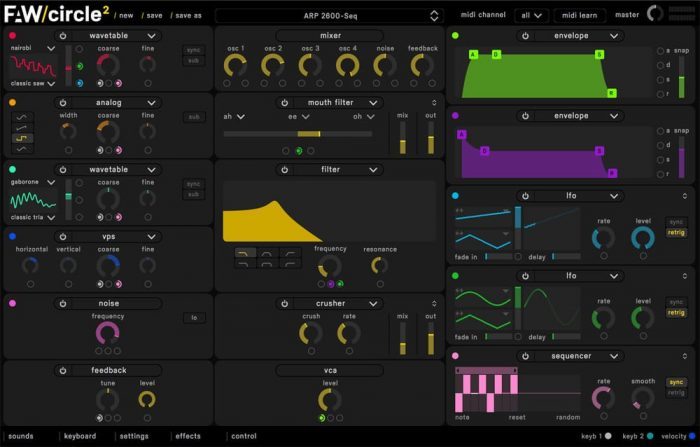 Circle² is the new major update to Future Audio Workshop’s flagship software synthesizer, Circle. Since its release in 2009, Circle has achieved cult status, becoming a key tool in the arsenal of both seminal underground and pop hitmakers such as Hudson Mohawke, Arca, David Guetta and Deadmau5.

Circle2 is available for purchase from Plugin Boutique for $80 USD until January 1st, 2016.