Plugin Boutique is offering a 30% discount on MeterPlugs plug-ins as part of its Partner Focus. 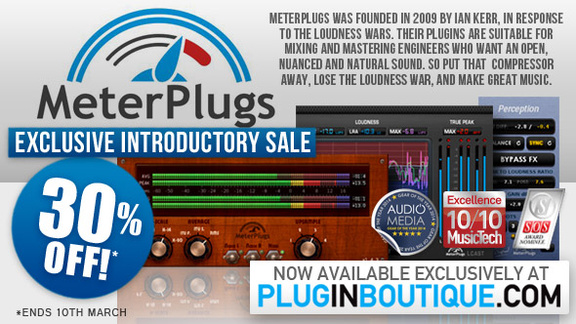 MeterPlugs is the meter plug-in company. Their sole focus is to provide you with exceptionally well-crafted meter and analysis plug-ins. No hardware, no effects, only meters.

MeterPlugs was founded in 2009 by Ian Kerr, in response to the loudness wars. Their plugins are suitable for mixing and mastering engineers who want an open, nuanced and natural sound. So put that compressor away, lose the loudness war, and make great music.