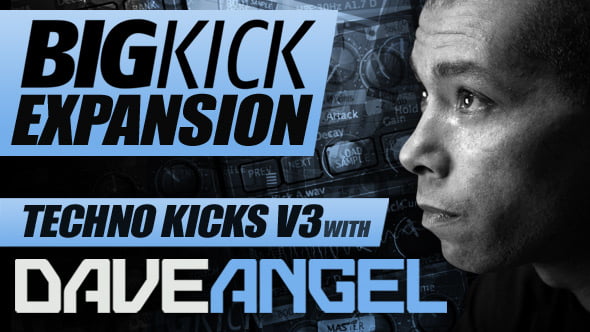 As a major force in the Techno/Acid House scene Dave Angel’s status as a ‘legend’ is anything but hyperbole. Pioneering the Techno movement from an early age Dave has seen his music feature highly in the UK singles charts. His production’s paved the way to a worldwide DJ schedule along with remix duties for The Eurythmics, Orbital, Roni Size and Carl Cox.

Since this initial success Dave has not lost his drive to create forward thinking music which continues to be regarded as some of the most influential out there. Since becoming a BigKick user Dave has been designing kicks utilising all the attacks he has built, sampled and used over the years. This collection of 64 presets is suitable and transferable to all modern genres.

The Techno Kicks V3 is a collection of Kicks created by Dave Angel ready to be used in any composition of electronic music. 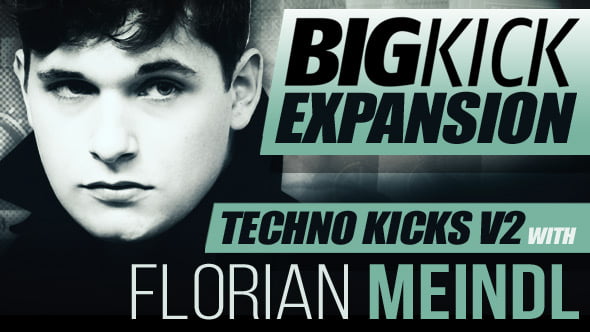 Florian’s Meindl is a DJ, live performer, studio producer and sound designer. In addition to numerous collaborations with international artists he runs his own Techno label FLASH Recordings and Riemann Modular, which is Florian’s new studio gear company specialising in Eurorack Modules. Being regularly featured in production magazines such “FutureMusic” and running his own highly successful loops & sample label “Riemann Kollektion” we were glad to hear he was a using the BigKick and up for sharing his creations from within.

Having just self released his latest LP ‘Collide’ on FLASH Recordings 2015 has been off to a great start for Florian. The LP follows in the musical footsteps of previous releases: deep techno embodying Florian’s musical vision with minor chords meeting rough organic analogue drums. Collide takes the listener on a dark techno journey including collaboration with studio wizard Jamie Anderson. You can find his Remixes on labels like Octopus, FLASH, Phobiq and Boxer – Florian is resident in the creative Studio complex Riverside Studios Berlin.

The expansion packs are available for purchase for £7.95 GBP each.