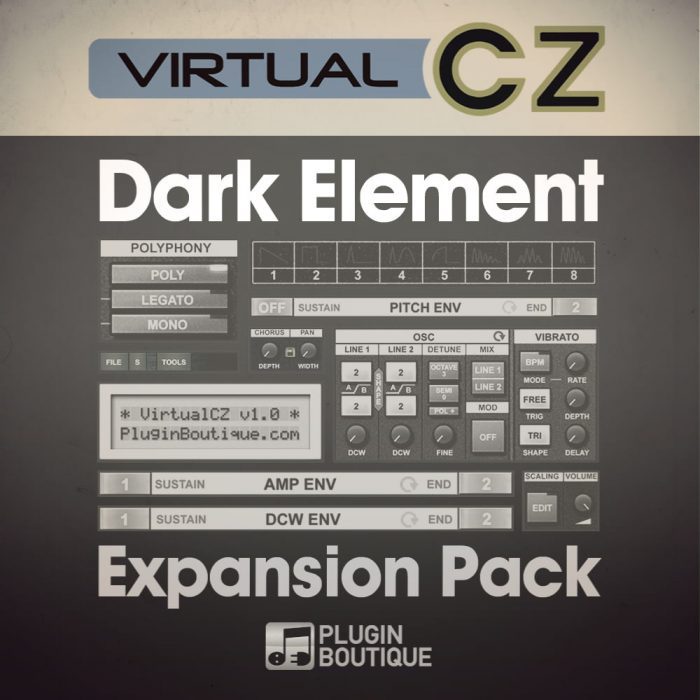 Created by Bristol based DJ/Producer D Product, Dark Element is an array of cutting edge VirtualCZ presets that have been designed to inject your productions with a futuristic sound that can be applied across all electronica genres.

Releasing music for well over a decade D Product has been involved with some of the biggest and best Drum & Bass collectives including Roni Size’s Reprezent and Full Cycle along with being a resident DJ at London’s legendary club – Fabric.

‘When I was approached to make a bank for the CZ emulation I jumped at the chance, the CZ series was a big part of the original Jungle sound from the late 90’s. I wanted to create was a bank that was usable for all genres but leaning towards a Drum and Bass sound. I hope you find them useful in your productions and thanks for checking out the presets.’

The expansion pack is available for purchase for £10 GBP.

Toontrack is looking for beta testers