PlugInGuru has announced the release of Northern Impakt V1, a sound library for the Omnisphere 2 virtual instrument by Spectrasonics.

The library includes 964 patches, multis and sound sources, over 950 MB content in total. The patches were programmed by 14 sound designers from around the world. 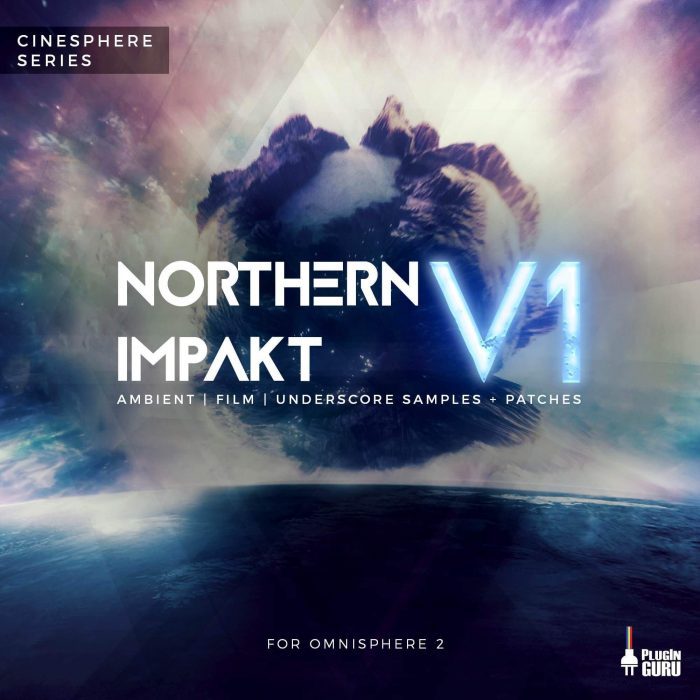 Northern Impakt is geared towards Cinematic/Soundtrack/Ambient, and includes pads, textures, sfx, drums, basses and many BPM patches in numerous categories.

Produced by Jason Schoepfer (Northern Lights) and John Lehmkuhl, this library is based on found sound recordings like streams, car drive by, Closing doors, crackling wrapping paper, hitting 2 inches of ice off car windows, Athena the wonder dog barking, growling & crying for her rope toy – but ALL of them are processed to be MORE than just “sound effects”.

Using Zynaptiq’s Wormhole and special techniques with Convolution reverb effects, we created totally original SAMPLES which were then handed off to the programming team to create final mind-blowing patches. The library sounds fresh and like nothing you’ve ever heard before! So much in this library that seeing/hearing is the only way to get a sense of the scope.

Additionally, all products are 20% off in a storewide through March 1st, 2018.