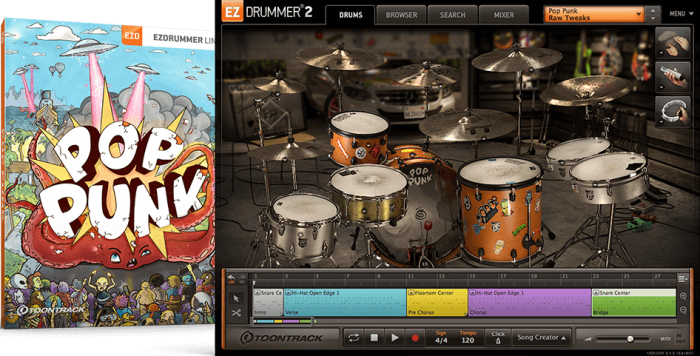 The Pop Punk EZX was recorded at the personal studio of John Feldmann, a Los Angeles-based producer/engineer/mixer who’s had a monumental impact on the last couple of decades of popular music.

The EZX includes three full kits, all capturing that larger-than-life and all-American radio-friendly sound of the commercial and hook-driven pop punk music that has been a mainstay since acts like Blink-182, Simple Plan and Green Day broke onto the scene around the turn of the millennium.

Welcome to a collection of drum sounds that is tailored for high-end pop punk and ready for the airwaves.