Porter & Davies has announced the launch of the KT Platform, a tactile monitor that enables musicians to feel and hear their playing internally, instead of relying on conventional audio methods. 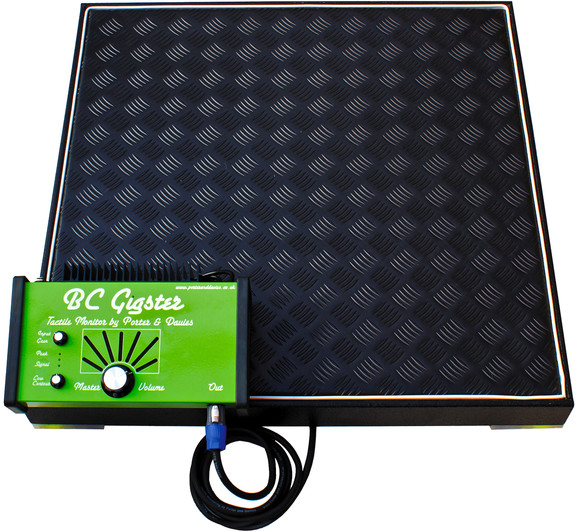 Want to sound and feel like you have a huge amp stack behind you, but no one else needs to hear it? Porter & Davies, worldwide leaders in Tactile Monitoring, are proud to announce the launch of their revolutionary KT Platform, which uses the transmission of sound by Kinetic Transfer (KT) to enable musicians to feel and hear their playing internally, instead of relying on conventional audio methods.

Perfect for bass players, DJs, guitarists, stand-up keyboard players and percussionists, the KT Platform gives a full and faithful transfer of the sound and the weight of the sound through bone conduction. There is no time lag. It’s not just a low-end rumble: All notes are faithfully transmitted, including harmonics.

The KT Platform will give you that stage shaking excitement that other monitors (in-ears, in particular) don’t deliver. You can choose to monitor just your own instrument, or take a mix from the monitor board and lock into the groove in a way you’ve never felt before. It can be driven by any of the three Porter & Davies engines the Gigster, BC2 and BC2rm.

Jools Holland bassist Dave Swift commenting on the product said “The addition of my Porter & Davies KT Platform has enhanced my onstage playing experience beyond anything I could’ve imagined… It has become as crucial onstage as my bass itself! I won’t use in ear monitors without the addition of my KT Platform.”

Porter & Davies will be at the Winter NAMM show on Booth #3476 Hall D.

Time+Space announces up to 35% off on iZotope RX 4