Positive Grid has announced the release of an iPhone version of the BIAS amplifier modeler and designer app, previously released for the iPad.

The new iPhone and iPod Touch version of BIAS features a number of sonic improvements over its initial iPad version debut, as well as the addition of ToneCloud, the industry’s first cloud-based amp sharing social platform. With BIAS for iPhone, users are able to create and share their own custom amp creations with fellow musicians as well as download, like and comment on the creations of others.

“With this new version of BIAS, musicians can own, design and share an infinite collection of highly realistic sounding amps right in their iPhones,” says Positive Grid Marketing Manager Jaime Ruchman. “And we know that a lot of them want to rock the stage with BIAS, so, with our upcoming BT-4 Bluetooth controller rounding out the complete product ecosystem, they’ll be ready to live the whole BIAS experience anywhere.” 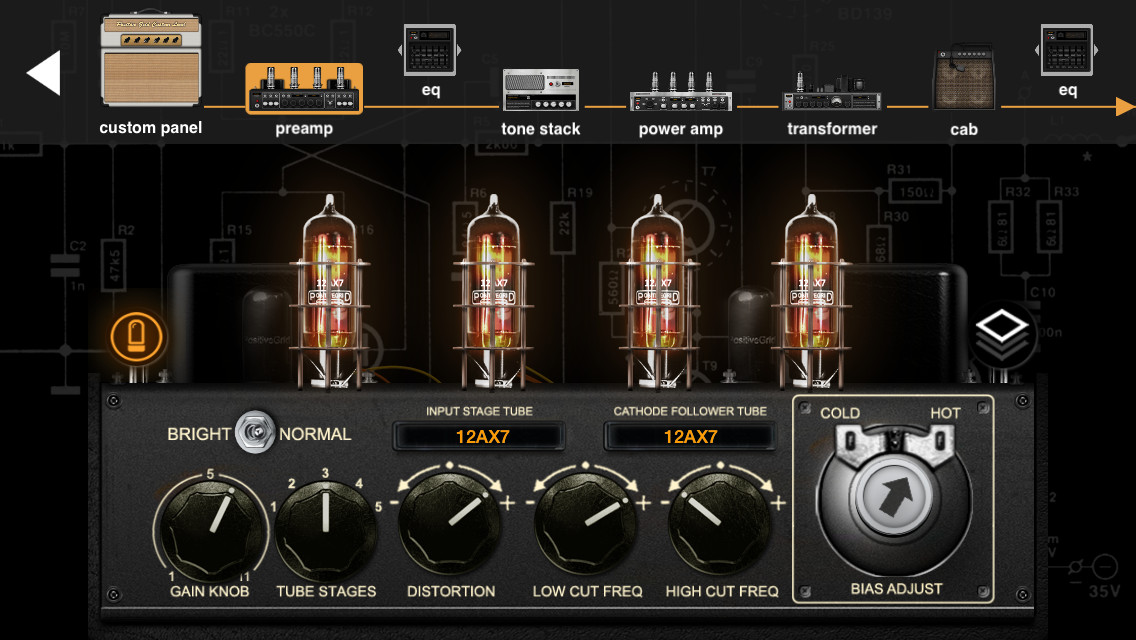 BIAS for iPhone and iPod touch is available to purchase for the introductory price of $4.99 USD (regular $9.99 USD). Designed for iOS7, the app requires an iPod Touch 5 or iPhone 4s (or newer) to operate.