Positive Grid has announced the release of BIAS FX Desktop, the world’s first and only cross platform guitar amp-and-effects processor for Mac and Windows. 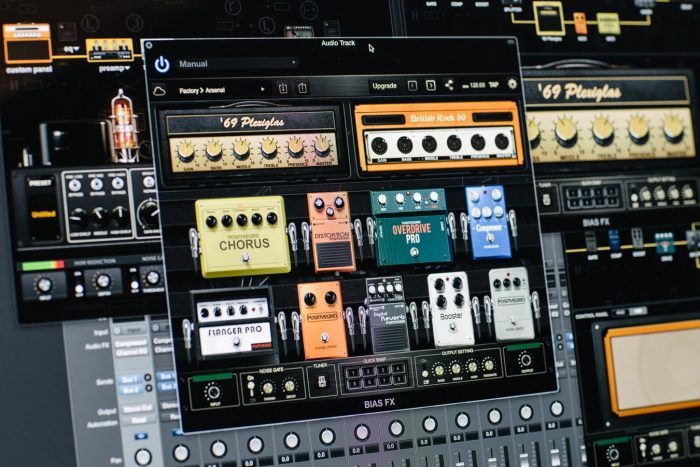 For the first time ever, users will be able to record and re-amp integrating BIAS Amp Match models -capturing the tone from any real amp- in dual amp mode, add ultra-high definition effects configurations in dual signal chains, and share and download thousands of rigs right on ToneCloud, Positive Grid’s tone sharing platform.

Cross platform concept
With its groundbreaking cross platform design, BIAS FX overall operation and presets can be synced all across Mac, Windows and iOS devices for instant access anywhere, any time. For the first time, musicians are able to achieve high quality amp and effects tones in the studio with BIAS FX Desktop, and bring the same exact sound for live performances with BIAS FX Mobile.
BIAS FX represents a stunning multi-platform tone evolution that includes both modern and classic rigs such as digital, spring, and stereo delays, tube screamers, fuzz, tremolo, analog and stereo chorus, flanger, several studio quality rack modules, and much more.

Thousands of rigs from the cloud
ToneCloud allows musicians to share and download thousands of user and artists rigs right from the cloud. Positive Grid continues to work with producers, engineers, and world class artists to create an ever growing tone library of amazing sounding rigs. Signature ToneCloud presets include Ola Englund, Rusty Cooley, Mark Holcomb, and the latest addition to Positive Grid’s roster, guitar sensation Tosin Abasi. Users are able to perform, record, and re-amp using any of the factory, user, and ToneCloud presets in BIAS FX.

Save 50% on Texture inspirational effects plugin by Devious Machines