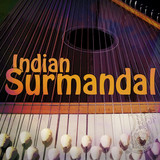 Precisionsound has announced the release of Indian Surmandal, a sample library for Kontakt, HALion, and EXS24.

“Surmandal” also known as “Swarmandal” is a small Indian harp. It is generally used to accompany vocalists playing arpeggios and notes with the right thumb in Hindustani Classical music.

The Surmandal was used in The Beatles songs “Strawberry Fields Forever,” “Lucy in the Sky with Diamonds,” and “Within You Without You”, plucked with a guitar pick like we have done here with the “Indian Surmandal” SampleSet.

Indian Surmandal is available to purchase as a download for $69 USD (DVD available for +$11 USD). All formats are included.