PreSonus is celebrating the 10th anniversary of its award-winning Studio One recording and production software. 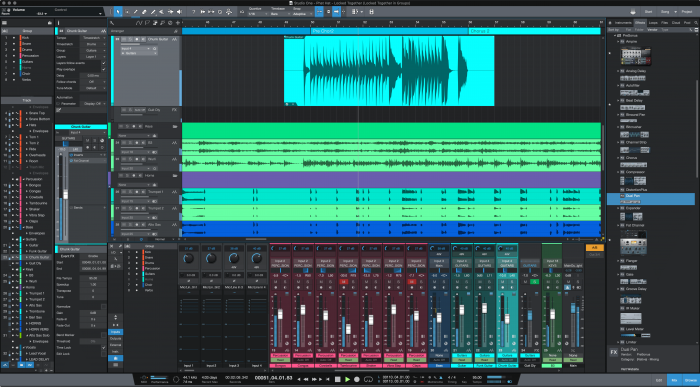 Ten years on, Studio One retains the ease of use and superb sound quality that quickly made it one of the world’s most popular DAWs, while introducing such innovations as an extensive drag-and-drop workflow, an integrated mastering suite, direct links to SoundCloud, and first-of-its kind integration with Celemony Melodyne via ARA technology. Over the years, Studio One’s unique features and integration with third-party hardware and software have made it the centerpiece of a state-of-the-art creative production environment.

To kick off the celebration, PreSonus is releasing Studio One version 4.5.3. This update fulfills Studio One users’ number one request by adding support for Native Instruments’ Komplete Kontrol series keyboards. Studio One 4.5.3 adds several other improvements and enhancements, such as a Remove Plug-in Settings function for the Plug-in Manager, new commands for Vertical Zoom In/Out Fine, and the ability to apply the Select Notes command to muted notes. Support has also been added for the Apple Notarization service in macOS 10.14 Mojave and 10.15 Catalina.

PreSonus is celebrating Studio One’s 10th anniversary in multiple ways, including 10 days of giveaways (September 16-27) on Instagram and Facebook. To enter, participants are invited to follow PreSonus on social media and post a 10-second video. Prizes include copies of Studio One Professional, FaderPort 16, and a pair of monitors.

At age 10, Studio One is available in three versions: The top-of-the-line Studio One Professional; mid-level Studio One Artist, which is included with a wide variety of PreSonus hardware and is also available separately; and free Studio One Prime, an introductory version—not a demo—with no track count limitations. Studio One also can be expanded with Add-on extensions and sounds, available from the PreSonus Shop.