PreSonus has announced Capture 2.0, a major upgrade to its ultra-easy-to-use audio-recording software for Mac and Windows. 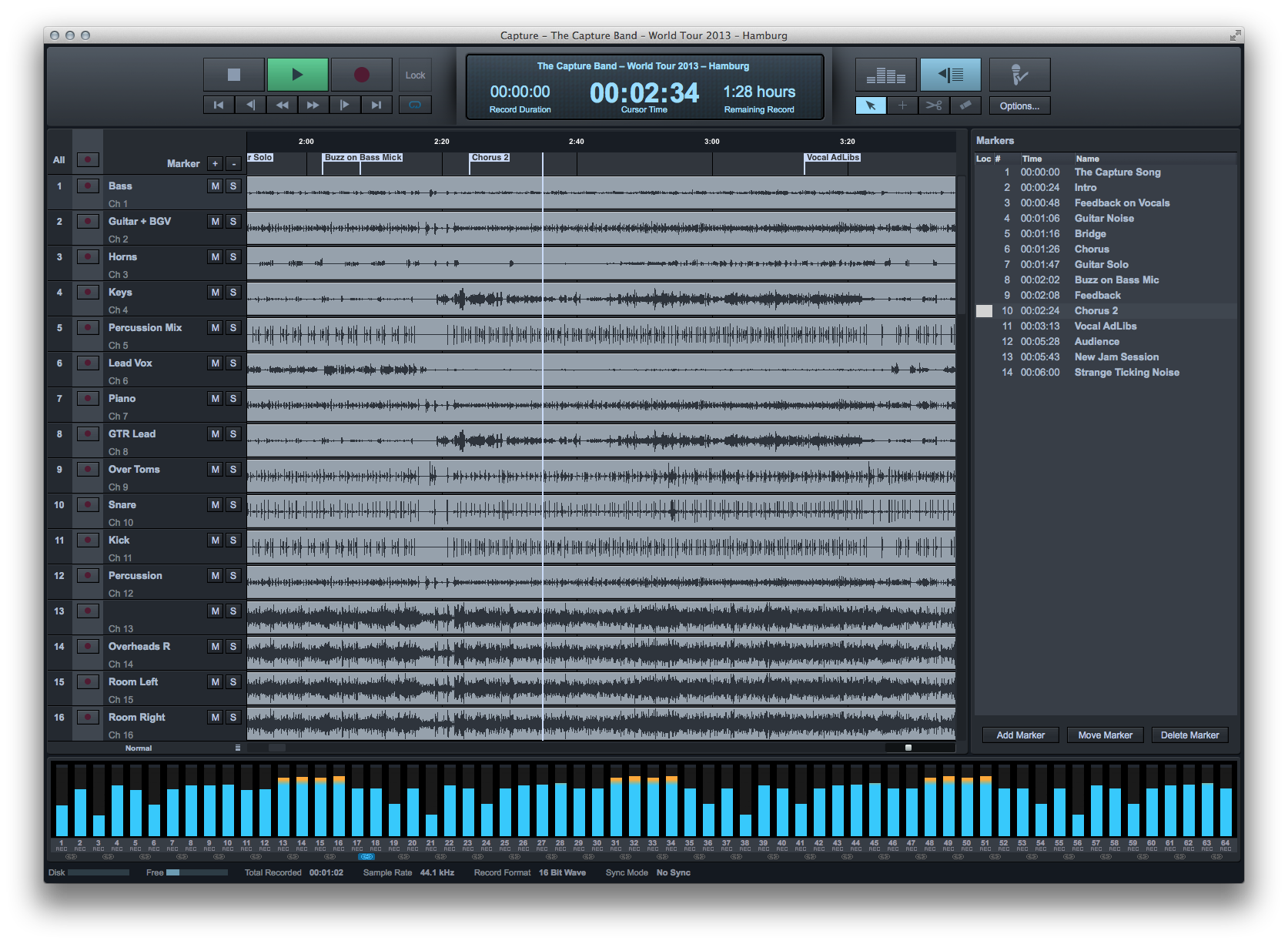 The first thing you’ll notice when you launch Capture 2.0 is a new Start page that lets you instantly create new sessions and access previous sessions. Capture’s overall design has been updated with a darker color scheme for improved visibility and legibility in difficult lighting conditions. A new Big Meter mode turns your computer monitor into a gigantic meter bridge that is clearly visible from a considerable distance.

Capture 2.0 includes several workflow enhancements. Clicking the Record Now button on Capture’s Start page creates a new session and immediately starts recording. A new Prerecord feature captures audio on all tracks, starting up to a minute before you press Record. Even saving a session can be automated, with user-definable Auto-Save intervals. Capture also stores the active session automatically whenever the transport is stopped and the session is changed.
click for larger image

Sessions now can store metadata, and folder structures are organized by artist, performance, location, and song (marker). When you create a new session, Capture uses the metadata to automatically name the session and, optionally, create the appropriate subfolders.

A new Soundcheck mode makes it simple to virtually soundcheck using previously recorded material. Create a new session and press the Soundcheck button, and Capture will try to find previous sessions. Simply drag-and-drop your tracks to reorder them in the arrangement and match any channel layout on the StudioLive.

Capture has always been a notably stable recording platform; with version 2.0, Capture 2.0 is virtually failsafe. If a complete power loss occurs, as soon as Capture is relaunched, it will automatically recover the session and all files. In addition, when you begin recording, the Session Lock feature is automatically engaged, preventing keyboard access to Capture. The lock can only be disengaged with a direct click of the mouse. Disk performance and remaining record time can be monitored in real time.

The 2.0 update offers a variety of other useful features. Of particular importance, it adds support for 96 kHz recording with PreSonus’ new StudioLive 32.4.2AI Active Integration digital mixers. A new Stereo Playback mode lets you use Capture with any built-in computer soundcard so you can edit and export with a laptop and headphones.