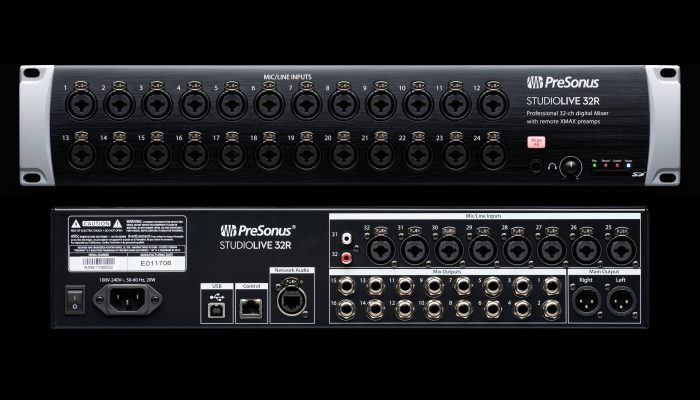 The third-generation StudioLive 32R and StudioLive 24R fit in just two rackspaces (2U), while the StudioLive 16R squeezes into one rackspace (1U). All three models are fully recallable, including remote-controlled XMAX preamps. Yet despite their extensive features, these Series III rack mixers are easy to use and let you customize their workflow and operations in software to fit the way you work.

The two larger models each have 26 mix buses, including 16 FlexMixes, 4 dedicated subgroups, 4 internal effects buses/processors, and the stereo main mix bus. The StudioLive 16R has 6 FlexMixes, 2 effects buses, and the stereo main bus for a total of 10 mix buses. The StudioLive 32R and 24R have 24 Filter DCAs for easily controlling groups of channels; the smaller rack mixer offers 8 Filter DCAs.

An AVB Ethernet connection enables you to network compatible computers and stream up to 55 (StudioLive 32R and 24R) or 32 (StudioLive 16R) channels of audio to and from a Mac® or Windows® PC. You also get 40×40 (StudioLive 32R and 24R) or 18×18 (StudioLive 16R) recording via USB 2.0, giving you a choice of computer recording methods. To top it off, with any Series III rack mixer, you can capture the main L/R mix directly to an onboard SD Card recorder—no computer needed. A separate 1 Gb Ethernet port can connect to a wireless router or directly to a computer for remote control of all features via a wired or wireless connection.

With Studio One Artist, you can remote control any StudioLive Series III rack mixer’s recallable XMAX preamps and Fat Channel processing for low-latency recording with effects. To further enhance your productions, you also get the Studio Magic Plug-in Suite for Mac and Windows, which includes seven popular plug-ins in VST, AU, and AAX formats.

The StudioLive Series III rack mixers are expected to be available in October 2017, with U.S. MAP prices of: 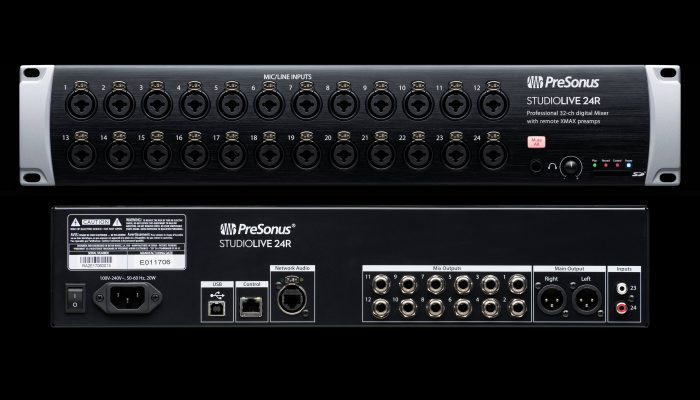