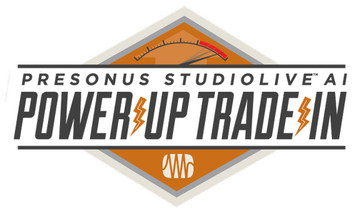 PreSonus has announced Power-Up, a program that saves first-generation StudioLive digital mixer owners up to $1,200 when trading up to a new StudioLive AI-series Active Integration digital mixer.

To get the full trade-in discount, the old mixer must be in working condition and cosmetically acceptable. If not, PreSonus can repair the mixer, reducing the trade-in discount by the repair cost.

The offer starts on April 15 and ends on June 30, 2014. The Power-Up offer is valid at all U.S. PreSonus dealers. Customers outside of the U.S. should contact their local distributor to ask about participation.