PreSonus has updated Notion for iOS, taking mobile music creation to the next level with support for iPhone, iPod touch, and iPad. 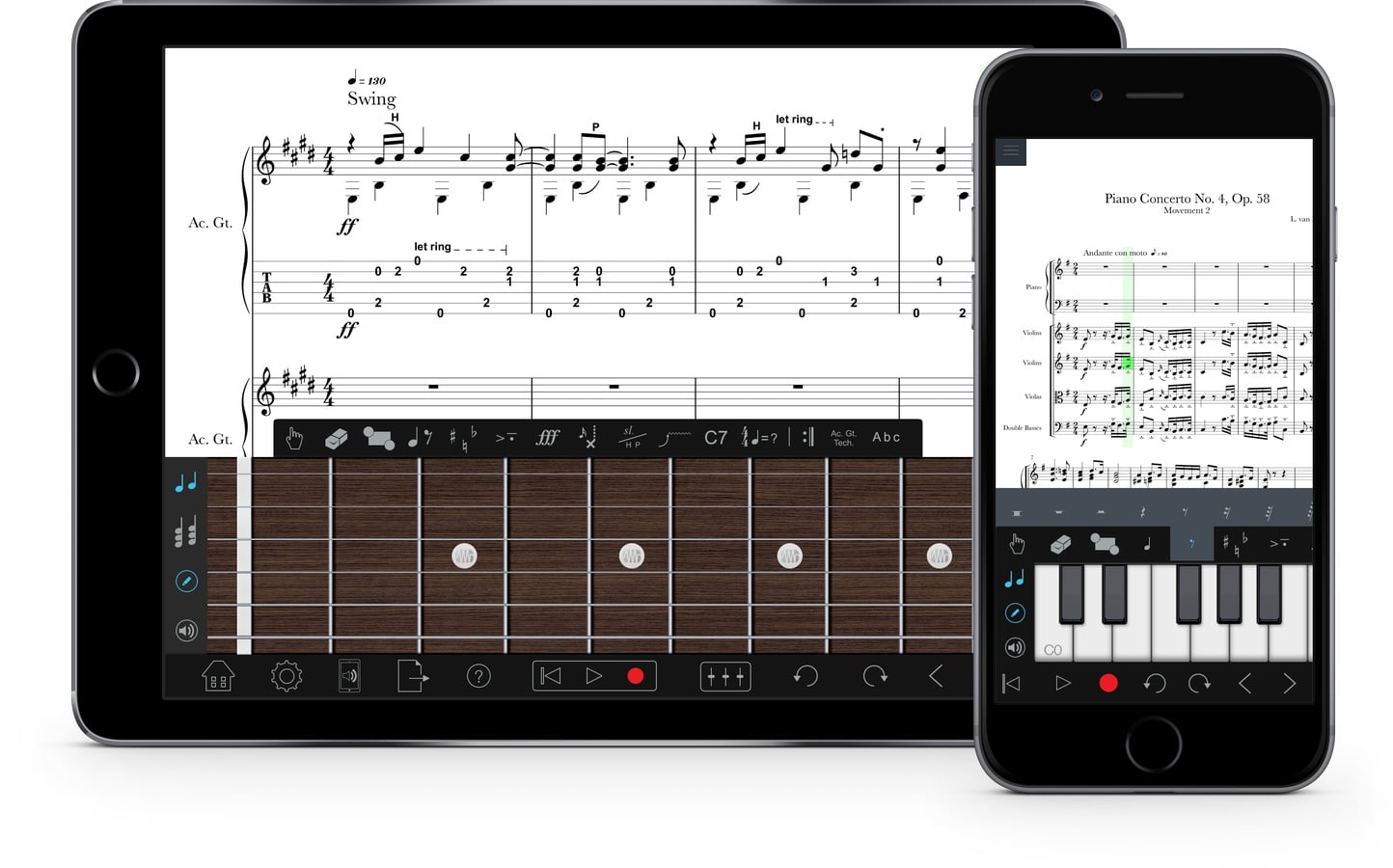 With this version, musicians can enjoy a seamless composition workflow between iOS devices and desktop, thanks to new iCloud support. Of course, you can still transfer files from within the app via email and Dropbox, as well.

A new Sound Manager gives you control over which sample sounds are kept on the device or in the cloud. Additional sounds, including new ukulele, woodwind, and brass samples, can be added as in-app purchases.

Notion 5.2 for Mac and Windows is being released concurrently with Notion for iOS. Version 5.2 supports the new automatic part names and chord transposition and adds support for Simplified Chinese.

The entire list of new features, enhancements, and fixes is available here.

Notion for iOS is available for purchase for $14.99 USD.