PreSonus has announced the releas of QMix-UC, a new version of its free monitor-mix control app for PreSonus StudioLive mixers. With QMix-UC, up to 14 musicians can simultaneously control their monitor (aux) mixes wirelessly from their mobile device. 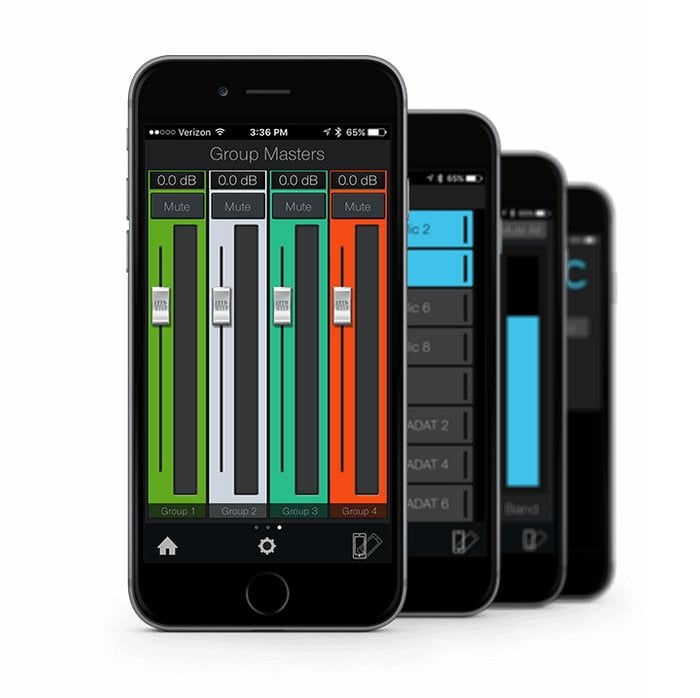 Redesigned from the ground up to support the new StudioLive Series III mixers, QMix-UC adds support for Studio 192-series interfaces and now runs on Android™ devices, in addition to iPhone® and iPod® touch. For StudioLive AI-series mixer customers, QMix-UC replaces QMix-AI automatically when the app is updated.

Building on the features and easy-to-use functionality of its predecessors, QMix-UC adds the ability to create four channel groups, making it easier than ever for advanced users to control large mixes. For those wishing a more streamlined workflow, QMix-UC retains the popular Wheel of Me, which lets you select multiple “Me” channels and turn them all up in your monitor at the same time, while controlling the relative balance between you and the rest of the band. Aux mix send levels and pan positions (for linked auxes), in addition to the new groups, are available in Landscape view.

Of course, you don’t want bandmates messing with each other’s monitors — and the engineer doesn’t want to referee a band fight. So StudioLive mixers let you set permissions that determine which features can be controlled from each wireless device on the network, including those running QMix-UC. Here’s the best part: You can completely block any wireless device from accessing the network entirely, even if someone has the router password.