PreSonus has announced availability of Revelator, a USB microphone designed to make it easy to get polished, professional-sounding results with great sounding presets, easy-to-use loopback audio, and selectable polar patterns.

Revelator targets those looking for a microphone for vlogging, podcasting, voiceovers, or general home studio use. 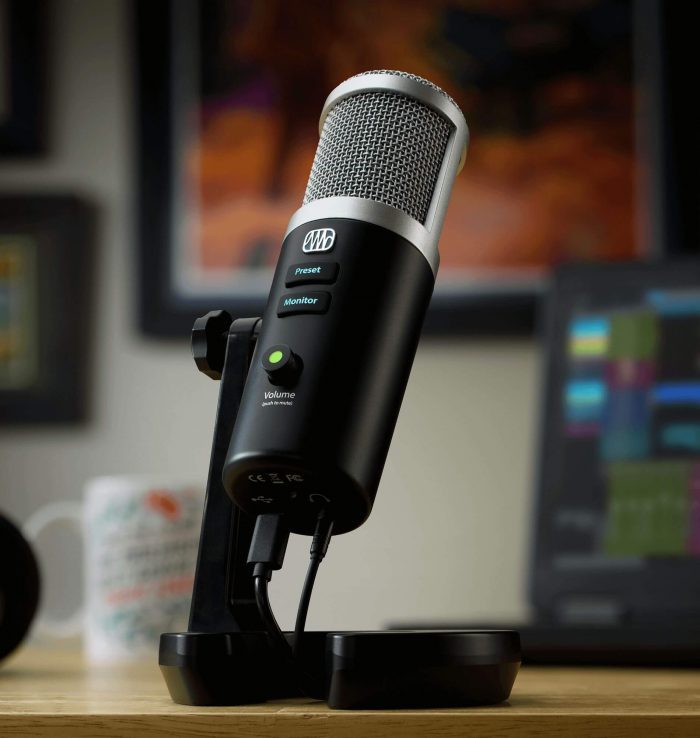 The secret to a “radio sound” is a combination of the right talent and microphone with just the right amount of EQ and compression. Revelator makes it happen with the same EQ and compression algorithms found in PreSonus’ award-winning StudioLive Series III mixers.

Eight easy-to-use, professionally crafted presets give you that radio sound at the press of a button, with the right combination of EQ and compression to make your voice stand out. Eight additional user presets are provided to make a Revelator sound that’s all your own using the full StudioLive Fat Channel controls available in Universal Control. You also get a wealth of voice effects to create just about any crazy sci-fi sound you want. Even better, you can store up to four presets to be instantly selectable via the Preset button on Revelator.

More than a USB microphone, Revelator also features two stereo streams for loopback audio so you can quickly and easily conference in Zoom calls, record gameplay, or showcase the audio in a YouTube video while adding witty commentary.

Two streams for loopback audio mean you can mix and record the audio from two different applications on your computer, along with your voice, at the same time using the intuitive interface in Universal Control. Built-in monitoring and an onboard headphone amplifier let you listen to your performance and your mix in real-time.

Three pickup patterns provide maximum flexibility. Use the cardioid pattern for voiceovers or performances where only one voice should be captured. Doing a podcast interview in person? Change to the figure 8 pattern and position Revelator between you so one side will pick up the interviewer and the other will pick up the guest. Doing a roundtable discussion or recording multiple instruments? Switch to the omnidirectional pattern to pick up sound all the way around the microphone.

With its bus-powered, USB-C-compatible design, Revelator makes connecting to a Windows or macOS computer and Android or iOS tablet a breeze, and it comes with PreSonus’ popular Studio One Artist recording and production software and Studio Magic Software Suite. An integrated desktop stand with built-in cable management and elegant aesthetic keeps your broadcast space clean.

Black Friday Sale: Up to 50% off Audio Imperia’s virtual instruments

FeelYourSound Black Friday Deals: Save up to 24% on single products...